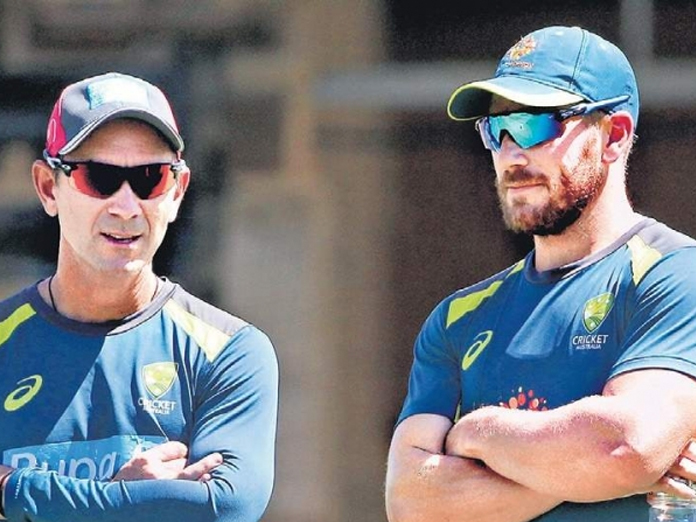 Australia coach Justin Langer on Thursday promised unwavering support for outofform Aaron Finch, saying he has no doubts that the limitedovers skipper will soon find his mojo back

Bangalore: Australia coach Justin Langer on Thursday promised unwavering support for out-of-form Aaron Finch, saying he has no doubts that the limited-overs skipper will soon find his mojo back.

Finch's rough patch has extended to the T20s as he was out for zero and eight in the two T20Is which Australia won to claim their maiden series win in the shortest format in India.

"He's such a good player, such a good person, captain of the team, we know he'll come good," Langer was quoted as saying by cricket.com.au.

"We just got to keep giving him plenty of care and support. We know he'll come good."

Finch has not scored a fifty in his last 19 innings for Australia in limited overs cricket.

However, Langer threw his weight behind Finch.

"There's no more destructive player in the world we talk about 'Maxi' (Glenn Maxwell), Marcus Stoinis, a number of our players who can be so destructive but when he's going, he is as destructive as a player as there is in white-ball cricket," Langer said.

"We know he'll come good and we'll be patient with him."

Langer was impressed with the way Finch has conducted himself as a captain during this phase.

"Another important part about leadership is that he's really consistent. We haven't see any real change in his personality or his attitude around the group, so that's a real credit to him. That's why he is the captain of the team," he said.

"My experience of every captain, the most important thing is they're playing really good cricket. He's got to keep his attention on that. He's got lots of support around him. Like I say, he's such a good person, he's got to be Aaron Finch, be himself. He's doing that.

While Finch endured a lean patch, teammate Maxwell has been on fire, blasting a 55-ball match-winning 113 in the second T20I. He had also scored a 56 in Vizag.

Given his form, Maxwell said a promotion in the batting order in the ODIs might help his game and also the team. The all-rounder was demoted to no 7 following his lean patch.

Asked if a potential move up the order for Maxwell is on the cards, Langer said: "We'll wait and see. We'll do what's best for the team I reckon. We'll see how we go."

Langer said if Maxwell can be more consistent his standing in the game will go to another level.

"He'll be the first to say it, that's what we've been crying out for some time from him. It just goes to show what he can do. When he does things like that, he elevates himself to a world-class performer," Langer said.