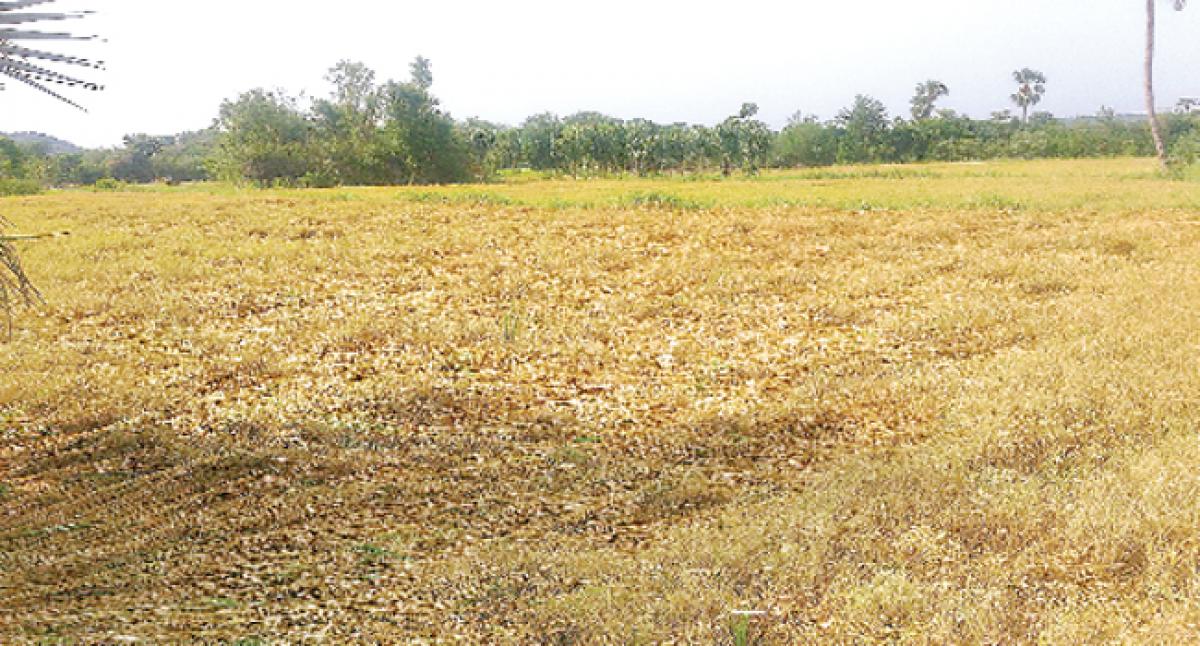 Giving details that the government has taken Rs 17,796 crore to pay insurance premiums to farmers and so far only Rs 2,767 crores were disbursed among the farmers, he questioned the government about the remaining Rs 15,029 crores

Prime Minister Narendra Modi launched the farmer-friendly crop insurance scheme – Pradhan Mantri Fasal Bima Yojana (PMFBY) – to provide insurance coverage to farmers for crop damage. But the reality is that the farmers, who applied for the crop insurance, are getting neither their amount nor any information from the government.

A farmer couple - Thallapelly Kanakaiah and Thallapelly Upendra (Upendramma) - from Bontagattunagaram village, Narmetta mandal, Warangal district, had four acres of land each (survey no. 59/2 and 48/A). They had cultivated paddy in 2.4 hectares of their total land in April last year and lost the entire crop due to heavy rains and hailstorms. They lost all the investment.

About 70 per cent of the crop was damaged. All the farmers, who incurred heavy loss, including Kanakaiah and Upendra, applied for crop insurance on December 30, 2017, under the PMFBY scheme and didn’t get any information later.

Thallapelly Surender, son of Kanakaiah and Upendra, registered a complaint in the government portal, www.agri-insurance.gov.in regarding the status of their crop insurance application. After waiting for some more days, he tried to reach the officials through helpline numbers provided in the web portal, which are not working. Contact numbers are 011-23382012 and email agri-insurance@gov.in.

Giving details that the government has taken Rs 17,796 crore to pay insurance premiums to farmers and so far only Rs 2,767 crores were disbursed among the farmers, he questioned the government about the remaining Rs 15,029 crores.

Questioning about the inordinate delay in sanctioning the insurance amount, he appealed both the State government and Central governments to react immediately on this issue. Thallapelly Surender, Bontagattunagaram village, Tharigoppula mandal, Jangaon district.