Forming Cabinet not a cinch for KCR 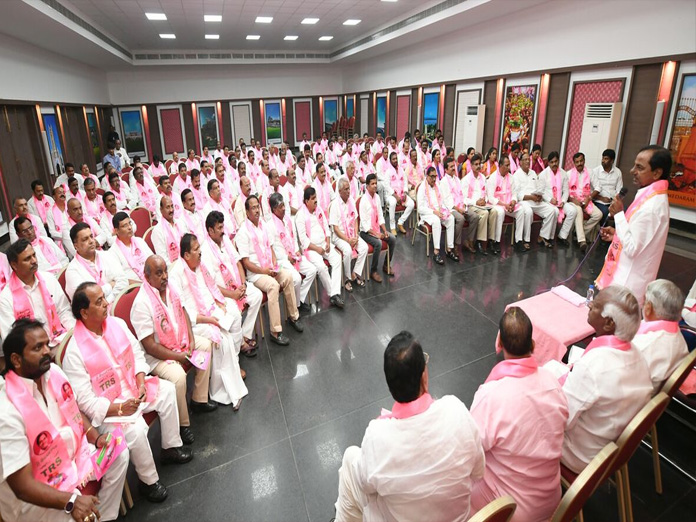 Winning the State Assembly elections with a sizeable majority doesnt always mean cabinet formation too would be a cinch, going by the predicament of Chief Minister K Chandrasekhar Rao, who has apparently begun the exercise to shortlist the names of those who could be given a berth in his team

​Hyderabad: Winning the State Assembly elections with a sizeable majority doesn’t always mean cabinet formation too would be a cinch, going by the predicament of Chief Minister K Chandrasekhar Rao, who has apparently begun the exercise to shortlist the names of those who could be given a berth in his team. His task, instead of being cut out, has been complicated by the fact that he needs to also pick prospective nominees for 17 MLC seats, zero in on a name for the Assembly Speaker post, and choose those who can willingly serve as parliamentary secretaries in a short time before the Lok Sabha Elections.

Central to problem that KCR is facing is the bewildering task of maintaining caste equations while ensuring equal distribution of posts among all districts, keeping in view various leaders’ priorities and the requirement to appease sulking individuals and rival groups within the TRS.

According to a source, some senior leaders have already sent feelers to KCR that they are not interested in the Speaker’s post. There are also those who are not ready to accept parliamentary secretary post. Instead, most of them prefer a berth in the cabinet. Political circles are agog that, though the names of senior leaders such as E Rajendar, P Srinivas Reddy, K Eshwar, Redya Naik and Padma Devendar Reddy’s are under consideration for the post of Speaker, these leaders are believed to have foreclosed that option as their sentiments are strong that their political career could come to an end if they accept the “non- political” post.

“Majority of the senior leaders are vying for a ministerial berth in the KCR cabinet. “As the total strength of the cabinet should not exceed 17 members, the CM is making cautious moves in the finalisation of the names for the cabinet,” a senior leader said. It is learnt that an eight-member cabinet will be sworn in on January 18. The cabinet will have its full strength only after the Lok Sabha elections.

Sources said that KCR is inclined to accommodate in his new cabinet leaders who had previously failed to get ministerial berths. Although the parliamentary secretary post is almost equal in rank to that of a cabinet minister, senior leaders are hoping that their wishes would be fulfilled. It is learnt that many senior leaders from major communities would be given parliamentary secretary posts.

The selection of the candidates for MLC posts is also a daunting task for KCR. For, he had promised some senior leaders who failed to get Assembly tickets that he would accommodate them in the State Legislative Council.

Elections to the 17 MLC seats would be held in March 2019. The list of aspirants, however, is much bigger than what he had expected. KCR is holding meetings with TRS working president KT Rama Rao to finalise the names to ensure that every deserving leader gets an opportunity to serve the state before the Lok Sabha election.