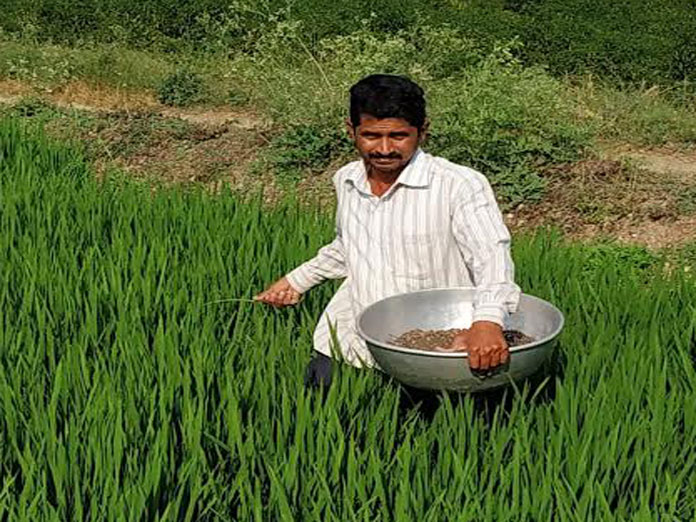 The Rs 1,82,017 crore voteonaccount budget for 201920 financial year which was presented by Chief Minister K Chandrashekar Rao in the State Assembly on Friday brought cheers to the people especially for the farmers, pensioners and unemployed youth in the district

Karimnagar: The Rs 1,82,017 crore vote-on-account budget for 2019-20 financial year which was presented by Chief Minister K Chandrashekar Rao in the State Assembly on Friday brought cheers to the people especially for the farmers, pensioners and unemployed youth in the district.

A lion share of the budget—Rs 20,107 crore—to the agriculture sector in addition to Rs 12,000 crore for Rythu Bandhu scheme, Rs 6,50 crore for Rythu Bhima scheme and Rs 6,000 for farm loan waivers brought smile to the farmers’ faces.

In addition to that CM KCR announced that he was going to waive off farm loans of farmers up to Rs1 lakh before December 11, 2018. Speaking to the Hans India, Jinkala Sathyam, a farmer of Kishtampet village in Kalvasrirampur mandal said that CM KCR understands the problems the farmers are facing that’s why he introduced schemes like Rythu Bandhu and Rythu Bhima and is also supplying the farmers fertilizers and seeds freely besides uninterrupted power supply.

"He waived off farm loans upto Rs1 lakh and solved our problems. We the farming community will be highly grateful to CM KCR and we bless him to live long life," he added.

As per the promise made by the TRS party before going to elections in 2018, that it would increase the pensions of disabled persons from Rs1,500 to Rs.3,016 and to the aged persons from Rs1,000 to Rs2,016 by reducing the age limit from 60 years to 57, it had allotted the amount of Rs. 12,067crore under the Asaara Pension Scheme in the budget for the financial year 2019-20 to keep up its promise.

L Sandhya, a single woman who is living with her two children, said that CM KCR is like our elder son. When KCR became Chief Minister we are able to live a respectable life independently and not depending on others by obtaining the pension of Rs1,000 and now without asking for more, he himself understanding the problems of aged and single women including others increased the amount to Rs.2,016 and allotted Rs.12,067 crore in the budget.

R Srinivas Goud, an unemployed youth expressing happiness said that the government must also focus its attention on providing employment opportunities along with filling up all vacant posts in various departments by issuing notices as early as possible.