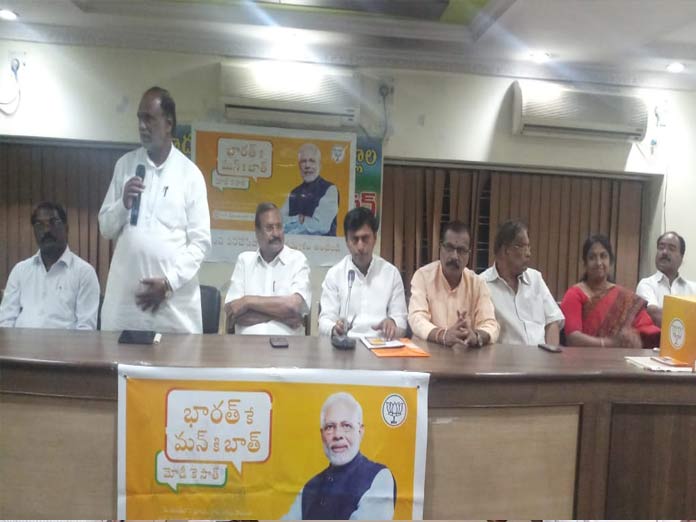 Gaddiannaram: BJP state president Dr Lakshman alleged that the saw millers were facing lot of difficulties with the TRS government’s recent policies. Addressing “Traders Mann Ki Baat Modi Ke Saath” programme, organised at the Hyderabad Rangareddy Rice Millers Association Building Complex here on Monday evening, he said that the saw millers were forced to down the shutters due to harassment by forest officials in the name of curbing timber smuggling. He said that people could lead happy and prosperous lives only under a government headed by the BJP and it was high time to say good-bye to the dictatorial family rule of TRS government under Chief Minister K Chandrasekhar Rao.

Lakshman assured the people that the party would prepare its manifesto for the upcoming elections after taking suggestions from farmers, agricultural workers, students, intellectuals, traders and others. Rice Millers Association president Subhash Chander and BJP in-charge Narasimha were present on the occasion.