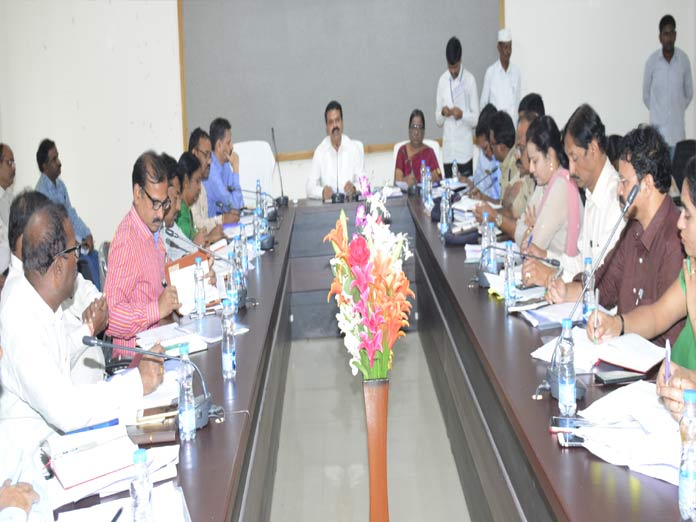 The Collector directed ERO and AEROs to conduct the elections efficiently by keeping previous experiences in mind. He asked officials to prepare final voter list after effecting the required corrections. He asked officials concerned to conduct special campaign on March 2 and 3 and ensure every citizen who crossed age 18 should be enrolled as voter.

Collector asked officials to create awareness on casting vote and EVMs through Chunav Pathashala and make involvement of literacy club, women unions, Anganwadis, political parties, lecturers, sectoral officers, NGOs and student union leaders. The Collector asked officials to give extensive publicity to differently abled special campaign which start from February 27 to March 5. BLOs were asked to conduct door to door survey in the meeting and ensure eligible differently abled persons to enrol in the voter list.

DRO Vijaya Kumari, police officials and others were present.