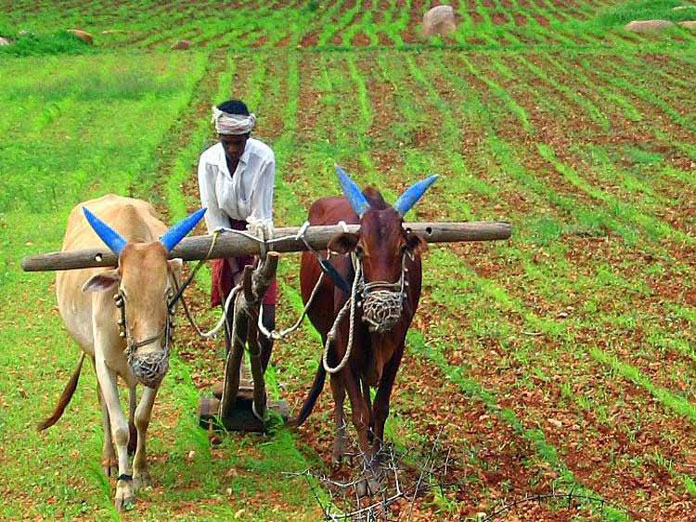 They said the genuine farmers are not issued new land passbooks and thus they are losing financial assistance provided by the government. At the same time, they are not allowed to cultivate their own fields as the fraudsters are claiming the genuine farmers’ lands as theirs.

The government had allotted agriculture lands to the oustees of Pochampad Project (now SRSP) in first area located in Obulapuram (V), Mallapur (M) and Metpalli (Old Tq) in 1970.

The villages submerged in original project Sangem, Sreerampur and oustees were given lands--each family 5 acres. The new habitation they named as Sangam & Srirampur in 1976-77. About 400 acres to Sangam oustees and 800 acres to Srirampur oustees were allotted by the government as a part of rehabilitation package of SRSP.

Meanwhile, several persons reportedly close to politicians obtained passbooks and even financial assistance under Rythu Bhandu in collusion with the Revenue officials. They own no land but got the title book with bye numbers for example 50/18etc. Since they have go the passbooks, they are not allowing the original owners and genuine farmers to cultivate the lands.

Even local police officials are supporting the fake owners. The original owners alleged that Revenue officials by taking bribe are not only cheating them but also government scheme Rythu Bandhu scheme.

As many as 21 fraudulent owners’ list was released by Lok Satta district president Naredlla Srinivas. He sent the same to the Chief Minister and demanded that criminal proceedings should be initiated against these culprits, the leaders said.