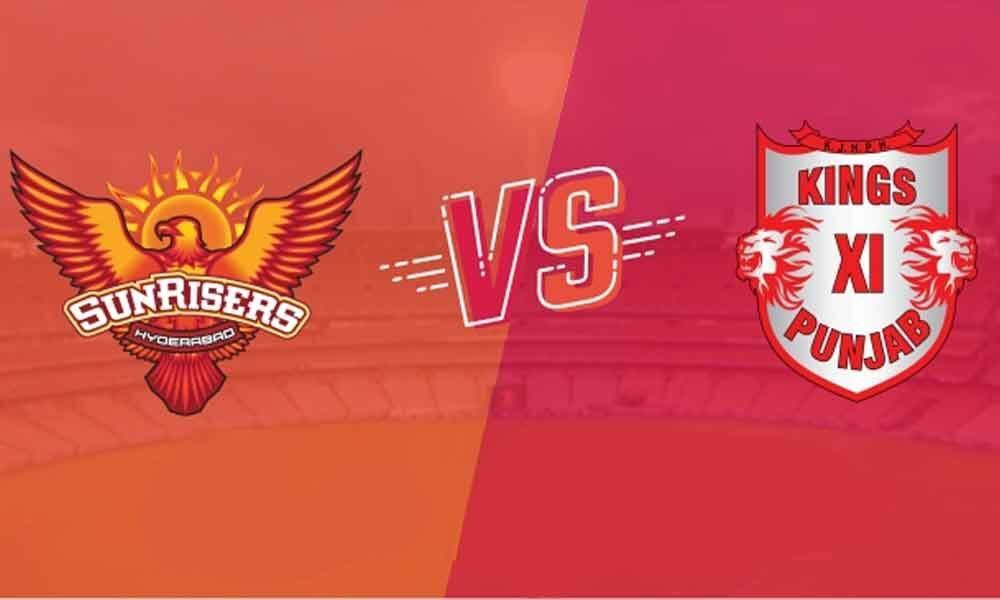 For Hyderabad, KXIP encounter is the last game where they can avail the services of Warner before he leaves for World Cup.

Hyderabad: David Warner will be aiming to finish his scintillating campaign on a high even as Sunrisers Hyderabad's brittle middle-order face a tricky test against Kings XI Punjab in a 12th round IPL encounter here on Monday.

With both teams locked on 10 points from 11 games, a win will give either some breathing space ahead of their final two matches.

For Hyderabad, KXIP encounter is the last game where they can avail the services of Warner before he leaves home for Australia's World Cup preparations alongside Steven Smith and Marcus Stoinis.

Since his comeback from ball tampering ban, Warner has scored 611 runs in the tournament so far and is the current 'Orange Cap' holder.

With IPL's second highest scorer Jonny Bairstow (445) already back home, Sunrisers' will face the problem in the last two games as they will miss their set opening pair.

In all the five games that they have won this season, Warner-Bairstow combination worked wonders, and their defeats had been much about middle-order collapses and poor death bowling.

Kings XI Punjab led by their mercurial skipper Ravichandran Ashwin will be aiming to be more consistent in winning key moments of the game.

Ashwin and the wily Mohammed Shami will like to pose a few tough questions for the Sunrisers middle-order, where save Manish Pandey's odd knock, has been at their worst in the tournament.

Sunrisers' skipper Kane Williamson, who has been out in most games due to injury, will like to get the best out of Warner, one last time this season which will be like a shot in the arm as far as their qualification is concerned.

Just like Sunrisers, even Kings XI Punjab's batting top heavy which has been reflected in their performance through out the season.

Openers Chris Gayle (444 runs) and KL Rahul (441 runs) have done bulk of the scoring apart from Mayank Agarwal (262), who has come good occasionally.

David Miller (202 in nine games) and Sarfaraz Khan (180 in eight games) got their chances but didn't perform in most games making it extremely difficult for Ashwin.

However the skipper will feel good about young Nicholas Pooran's show in the last game against RCB, where he kept the team in the hunt at the back end of the innings.