Tough to hit Bumrah, need to learn how to adapt from India 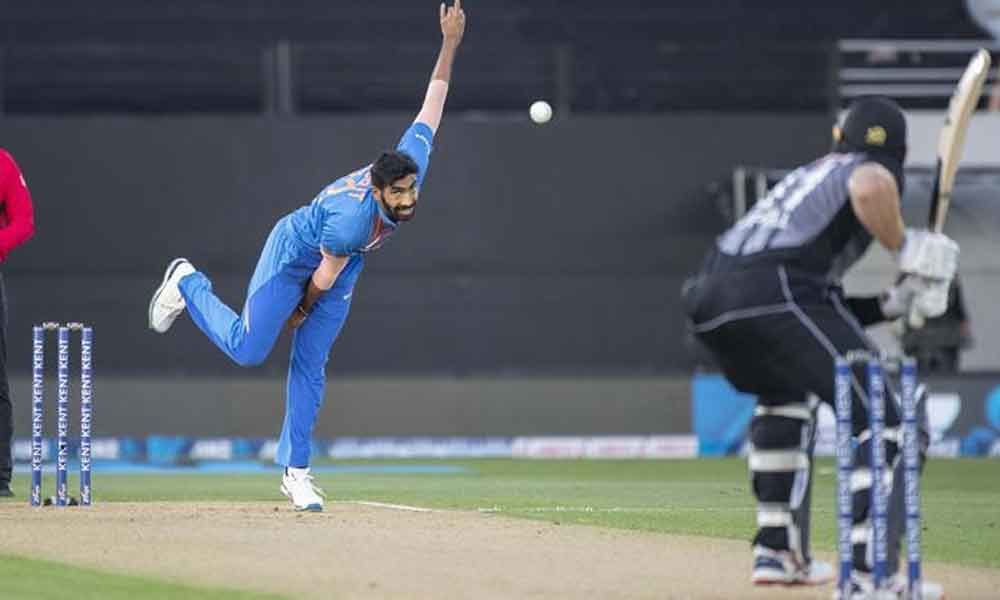 In awe of Jasprit Bumrah, New Zealand wicketkeeper Tim Seifert says the Indian speedster's subtle variations have been difficult to pick in the...

Hamilton : In awe of Jasprit Bumrah, New Zealand wicketkeeper Tim Seifert says the Indian speedster's subtle variations have been difficult to pick in the ongoing T20 series and his side needs to learn a thing or two about adapting from the visitors.

India beat New Zealand by seven wickets in the second T20 in Auckland to grab a 2-0 lead in the five-match series. Bumrah returned with figures of 1-21 from his four overs as Indian skipper Kohli changed his bowling plans from the first game.

"Even in the first game, Bumrah bowled slower balls that were going wider. Normally, death bowlers get into straighter lines, plus yorkers and mix it with chest height.

He kind of changes things a lot and is tougher to play," Seifert said. "...the ball was holding a lot more which made it tougher. So sometimes as a batsman you have to move away from the stumps and see if they bowl straight.

I was backing myself to do something different instead of just standing there at the wicket," said the stumper, who remained unbeaten on 33 off 26 balls.

"It was tricky and the ball was holding a little bit. When Kane got out in the over against Chahal, we knew it was the over to push because they had Bumrah coming back."