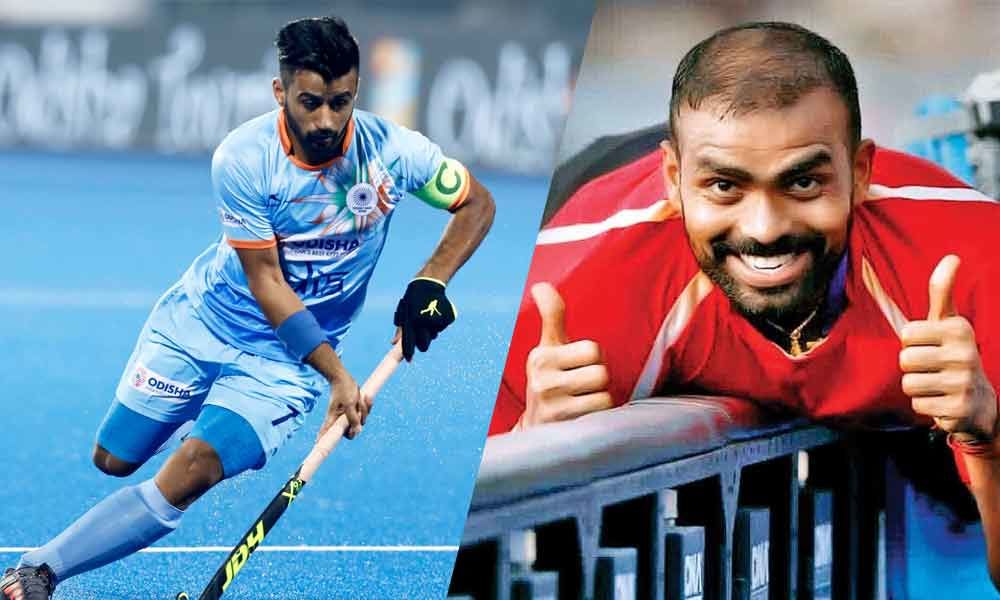 Captain Manpreet Singh and goalkeeper P R Sreejesh were among a few senior players rested from the Indian hockey team for next month's Olympic Test event in Tokyo.

New Delhi : Captain Manpreet Singh and goalkeeper P R Sreejesh were among a few senior players rested from the Indian hockey team for next month's Olympic Test event in Tokyo.

Besides Manpreet and Sreejesh, also rested from the 18-member men's squad for the August 17 to 21 event is defender Surender Kumar.

Dragflicker Harmanpreet Singh will don the captain's armband in Manpreet's absence, while striker Mandeep Singh will be his deputy.

Rookies Ashis Topno and Shamsher Singh will make their debut in the national team in the upcoming event. Experienced striker S V Sunil also made a comeback after recovering from a knee injury. He was sidelined from the national team for nine months.

Experienced dragflicker Rupinder Pal Singh, who returned to the side after last year's Asian Games for the tour of Australia in May, is another notable absentee from the squad alongside Birendra Lakra and Akashdeep Singh.

"We are resting some senior players including Manpreet Singh, some of whom have played a very rigorous last 12 months of hockey. We will give them a chance to shake off any niggling injuries and get fresh for the next three months of preparation for the November qualifying matches," the Australian said.

He said the Olympic Test Event provides them with a chance to test some new players.

"With no world ranking points at risk, the Tokyo test event gives us an ideal opportunity to not only get a first hand look at how Tokyo is shaping up for next year's Olympics but also see some new players.

We want to give them chance and see how they fare at the international stage," Reid said.