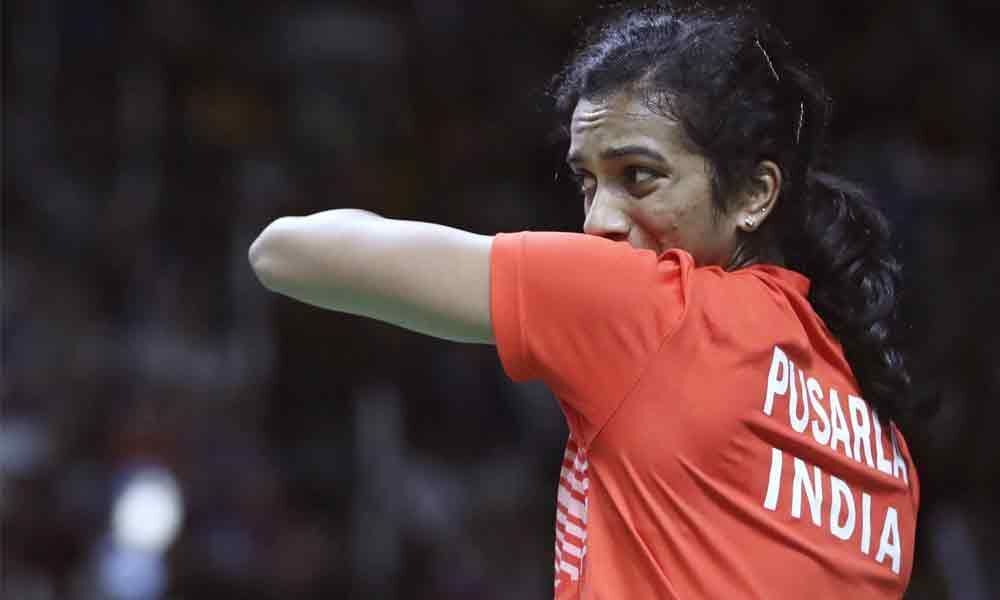 Olympic silver medallist P V Sindhu enjoyed one of her finest hours of the season as she entered the finals of the Indonesia Open BWF Tour Super 1,000 tournament with a straight-game win over All England Champion Chen Yufei of China here on Saturday.

Jakarta : Olympic silver medallist P V Sindhu enjoyed one of her finest hours of the season as she entered the finals of the Indonesia Open BWF Tour Super 1,000 tournament with a straight-game win over All England Champion Chen Yufei of China here on Saturday.

Sindhu, who has been struggling a bit this season, showed her brilliance once again as she saw off world no 3 Chen 21-19 21-10 to enter her first final of the season.

The World no 5 Indian, who reached the semifinals at Singapore and India Open this year, thus set up a summit clash with Japan's fourth seed Akane Yamaguchi. Sindhu holds a 10-4 advantage over Yamaguchi, whom she has beaten in the last four meetings.

Chen, who won at Australia, Swiss and All England this year, has been the most prolific player this season and looked good in the first game but a fighting Sindhu held her own in the opening game and then completely dominated the second to seal the final spot.

The match started with a long rally but soon Sindhu fell behind at 4-7. The Indian then reeled off five straight points with Chen playing two bad shots.

But a body smash helped the Chinese to span the run of points as she grabbed a slight 11-10 advantage at the break. But even after the break, the Indian kept breathing down Chen's neck and grabbed seven of the last eight points that mattered to pocket the opening game.

Chen moved to 15-12 with a few good-looking smashes. But Sindhu fought back and produced a precise return, and then Chen went wide before finding the net as the Indian erased the deficit and made it 18-18.

Sindhu caught the shuttle early and produced an acute angled return near the nets to grab a one point lead. But she went wide next and it was 19-19. Another rally ended with Chen failing to clear the net and it was advantage Sindhu

The Chinese then left one at the backcourt, which landed in, to hand Sindhu the bragging rights. In the second game, Chen zoomed to 4-0 lead early on but Sindhu again clawed back with the Chinese going long twice.

Sindhu smashed hard and followed it with another one to put pressure on the Chinese, who again went long and Sindhu continued to gather points.

After seven straight points, Chen managed to push one at the back court to break the rhythm. A whopping smash to Chen's serve gave another point to Sindhu.

After a couple of missed opportunities, Sindhu managed to grab a three-point advantage at the interval with a precise net return, which kissed the tape on the way.

Chen then crumbled under constant pressure from Sindhu. The Chinese found the net and went wide to allow the Indian double her lead to 16-8.

A fired up Sindhu dominated the proceedings after that even as Chen suddenly looked clueless. Another smash took Sindhu closer and she sealed 11 match points when Chen misjudged a shuttle.

A cross court smash helped Chen to save one but Sindhu wrapped up the contest with another accurate shot, even as the Chinese's video referral went in vain.