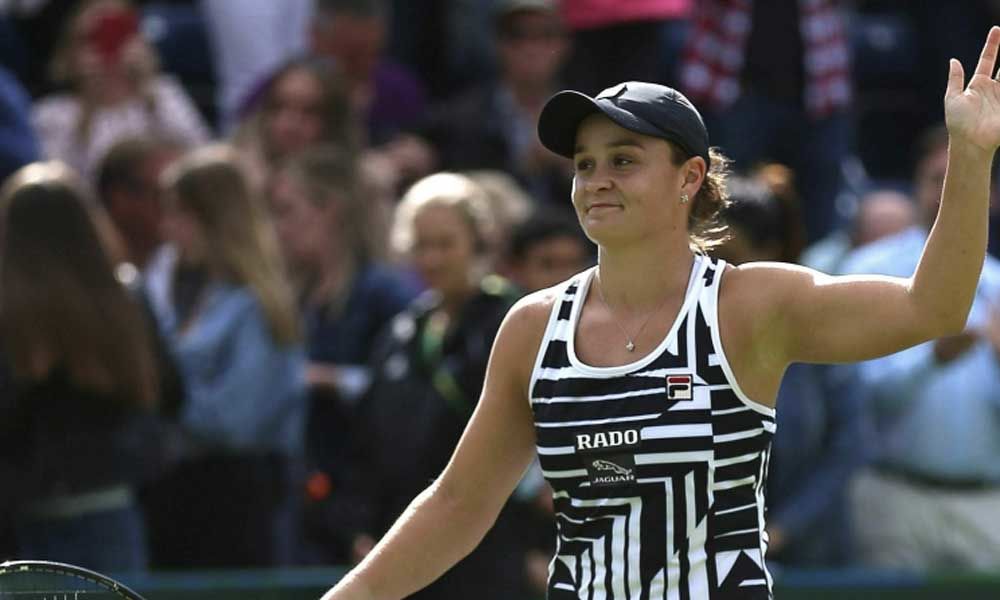 BIRMINGHAM: French Open champion Ashleigh Barty moved to within two wins of becoming world number one after seeing off Venus Williams 6-4, 6-3 to reach the semi-finals of the Birmingham Classic.

Barty will edge ahead of Naomi Osaka at the top of the rankings before Wimbledon by taking the title and she extended her winning streak to 10 matches against the five-time Wimbledon champion.

Williams made the better start as the 39-year-old took a 4-1 first-set lead.

Barty, though, is also at ease on the grass and responded in style by romping through the next five games to take the set.

The Australian had to stave off break points in her opening service game of the second set, but then took control with two breaks of the Williams serve to set up a meeting with Barbora Strycova in Saturday's semi-finals.

Strycova got the better of an all-Czech battle to beat Kristyna Pliskova 6-2, 6-4 to reach the last four in Birmingham for the fourth time in six appearances.

Martic trailed 5-2 in the second set having lost the first on a tie-break, but rallied to win the next five games before tearing through the third 6-1.

"I still can't believe that I won this match," said Martic.

Goerges, a Wimbledon semi-finalist in 2018, was far more comfortable in a 6-3, 6-2 victory over Yulia Putintseva.