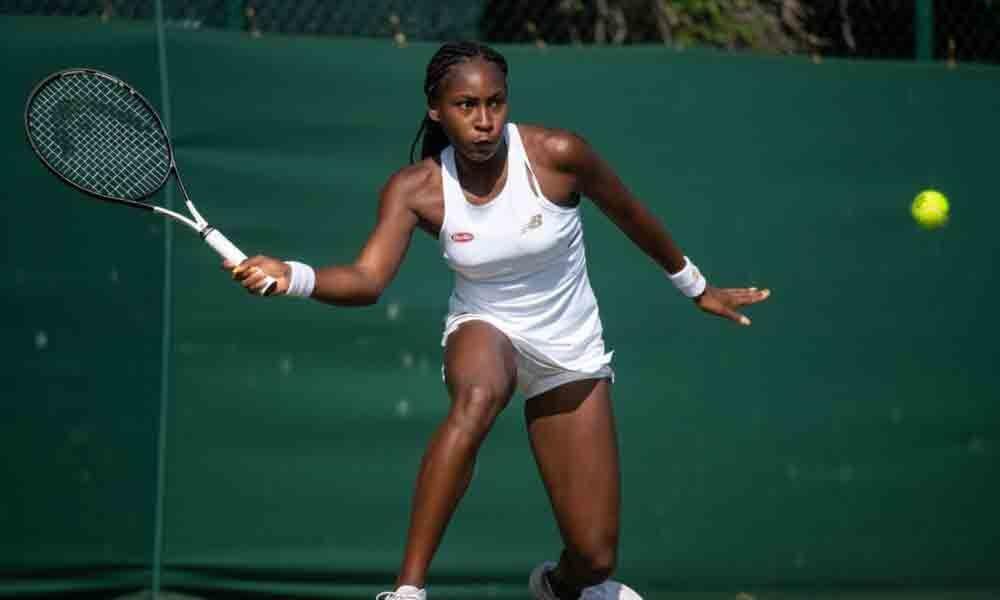 x
Gauff, ranked at 313 and popularly known as ‘Coco’, is the youngest player ever to have qualified for Wimbledon
Highlights

Cori Gauff, just 15, tackles 39-year-old Venus Williams in a Wimbledon generational clash on Monday with the history-making teenager counting Roger Federer as one of her cheerleaders.

London (AFP): Cori Gauff, just 15, tackles 39-year-old Venus Williams in a Wimbledon generational clash on Monday with the history-making teenager counting Roger Federer as one of her cheerleaders.

Gauff, ranked at 313 and popularly known as 'Coco', is the youngest player ever to have qualified for Wimbledon. When she was born in 2004, five-time Wimbledon champion Venus had already won four Slams.

"I'm super happy for her," said Federer, whose management company Team8 handles the youngster's affairs. "Everyone was waiting to see what the draw was like. I think that's fascinating, that she plays Venus. I think it's a great storyline. It will be a great, wonderful experience for Coco and Venus. "Coco is a nice girl, works really hard. I think she's obviously got a wonderful future ahead of her." Gauff's background wasn't in tennis. Growing up in Georgia, her father Corey played university basketball while mother Candi was a gymnast and athlete.

"I like tennis because you can only blame yourself and you can only control yourself," Gauff told wtatour.com

"Sometimes when I was on the basketball court I'd be trying to control other people, like, c'mon man, bring the ball up. I like the individual aspect - I like doubles too, but just one person on my team is enough."

Gauff needed a wild card to play in qualifying for Wimbledon. In a telling reminder of her tender years, she was juggling her high school studies in the evening while trying to make the main draw.

English literature is her favourite subject although it was a science test that she had on her mind during the qualifying competition at nearby Roehampton. "She's an exciting young player, and she's so cool," said Venus's sister Serena of Gauff.

"She's a great girl. It's a great moment for her and for Venus." It's been a great year for other teenagers on the tour too. Gauff's fellow American Amanda Anisimova, 17, reached the Roland Garros semi-finals last month. In the process, she became the youngest player to make the last-four at a Slam for 12 years.

At the same event, 19-year-old Czech Marketa Vondrousova went all the way to the final. Maria Sharapova, the 2004 Wimbledon champion, was the last teenager to win a Slam when she lifted the US Open trophy in 2006. For Gauff, her time for such success may not be imminent, but there are plenty of other teen trailblazers for her to follow in the history of the sport.

Martina Hingis was just 16 years and 117 days when she won the 1997 Australian Open before going on to win four more Slams.