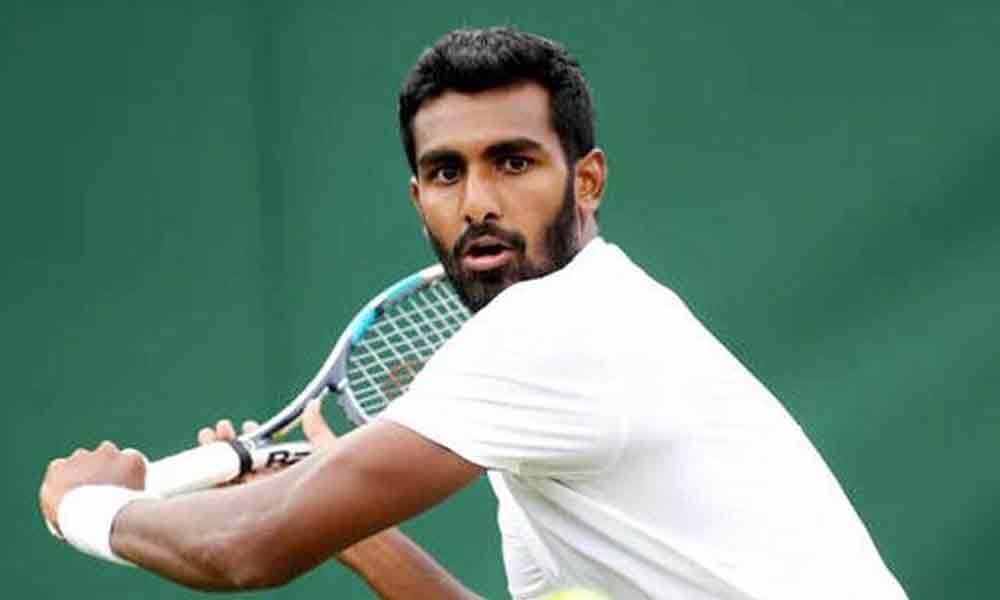 Prajnesh Gunneswaran said he is ready to jeopardise his position in the ATP top 100 to compete for India in the upcoming Davis Cup tie in Pakistan.

London : Prajnesh Gunneswaran said he is ready to jeopardise his position in the ATP top 100 to compete for India in the upcoming Davis Cup tie in Pakistan.

India have been drawn to face arch-rivals Pakistan in an away Davis Cup Asia/Oceania Group I tie in Islamabad in September this year.

An Indian team is likely to travel to Pakistan after 55 years with the national tennis federation (AITA) hinting that the central government is likely to allow the players to compete against the neighbouring country.

"I think I will play although it is still to be discussed as we have the option to go now," Prajnesh said after his first round defeat in Wimbledon.

Prajnesh and Ramkumar Ramanathan, who have done well in the ATP circuit, are likely to lead the Indian challenge. Taking a two week break for the Davis Cup will take a toll in Prajnesh's ranking but the left hander is not bothered.

"If I want to stay in the top 100 then those two weeks make an impact but playing for my country is very special and I want to do everything to do that. If I had been number four or five in India I would be jumping at the chance. Nothing should change being number one," he added.

On Monday Prajnesh lost 6-7 (1) 4-6 2-6 to 15th seed Raonic to make a first round exit at Wimbledon. The left-hander, who made his maiden appearance at the Wimbledon, had his chances but unforced errors led to his defeat.

"There were a few lapses in concentration and they determined the match. I had chances but didn't convert. I gave him early leads in the second and third sets and they were the killers," he said.