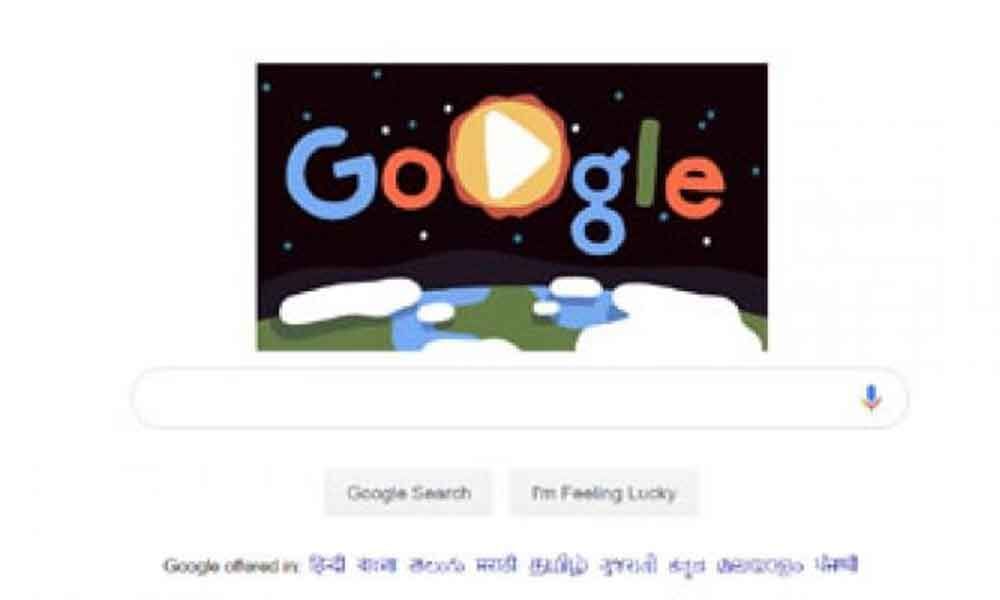 From Wandering Albatross to Coastal Redwood, Google on Monday celebrated Earth Day with a series of animations on six unique inhabitants on the Earth.

New Delhi, April 22: From Wandering Albatross to Coastal Redwood, Google on Monday celebrated Earth Day with a series of animations on six unique inhabitants on the Earth.

While Wandering Albatross has the widest wingspan in the world, Coastal Redwood is the tallest tree in the world at 377 feet.

Paedophryne Amauensis is a species of frog from Papua New Guinea. At 7.7 mm in length, it is considered the world's smallest known vertebrate.

Another animation is on Amazon Water Lily which is the largest aquatic plant.

Then there is Coelacanth -- a fish that was long considered a "living fossil". It evolved into roughly its current form approximately 400 million years ago.

Several recent studies have shown that Coelacanth body shapes are much more diverse than previously thought.

The last animation is on "Deep Cave Springtail", insects that live in total darkness in caves where they feed on fungi and decomposing organic matter.

The theme of this year's Earth Day was 'Protect Our Species' and intended to draw attention to the rapid global destruction and reduction of the world's plant and wildlife populations.