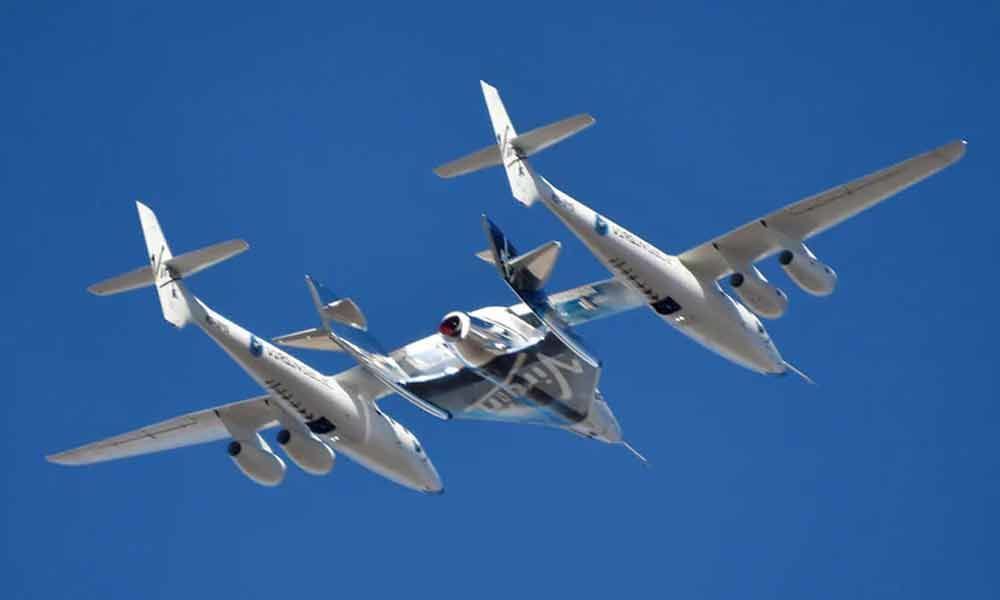 Branson has said he hopes to be the first passenger on a commercial flight in 2019.

Virgin Galactic's first test passenger received her commercial astronaut wings from the US aviation regulator on Tuesday after flying on the company's rocket plane to evaluate the customer experience in February.

Virgin Galactic's chief astronaut instructor, Beth Moses, who is a former NASA engineer, became the first woman to fly to space on a commercial vehicle when she joined pilots David Mackay and Mike Masucci on SpaceShipTwo VSS Unity.

The wings were presented to the three-person crew at the 35th Space Symposium in Colorado by the Federal Aviation Administration's associate administrator for commercial space, Wayne Monteith. "Commercial human space flight is now a reality," he said.

The February test flight nudged Richard Branson's space travel company closer to delivering suborbital flights for the more than 600 people who have paid Virgin Galactic about $80 million (£61 million) in deposits. Branson has said he hopes to be the first passenger on a commercial flight in 2019.

The 90-minute flight, during which passengers will be able to experience a few minutes of weightlessness and see the Earth's curvature, costs $250,000 – a price that the company said will increase before it falls.

Jeff Bezos' Blue Origin and Elon Musk's SpaceX are also in the space tourism race. Blue Origin has launched its New Shepard rocket to space, but its trips have not yet carried humans. SpaceX last year named Japanese billionaire Yusaku Maezawa as its first passenger on a voyage around the moon, tentatively scheduled for 2023.

Moses, who as a NASA engineer worked on the assembly of the International Space Station, is designing a three-day training program for Virgin Galactic's future space tourists.

"I gleaned a lot of firsthand information that we can roll into the design and then also into the training," she said on her return to earth in Mojave, California, in February.

The passengers, some of whom have been signed up since 2004, will train in a mock-up cabin at New Mexico's Spaceport America before their flights.

Moses told Reuters she aims for customers to arrive in space "not wondering what noise they just heard or being surprised by the G they just felt."

Virgin Galactic's Branson will also receive the annual Space Achievement Award at the symposium in recognition of the company's two crewed test flights, the first from US soil since the final Space Shuttle mission in 2011.