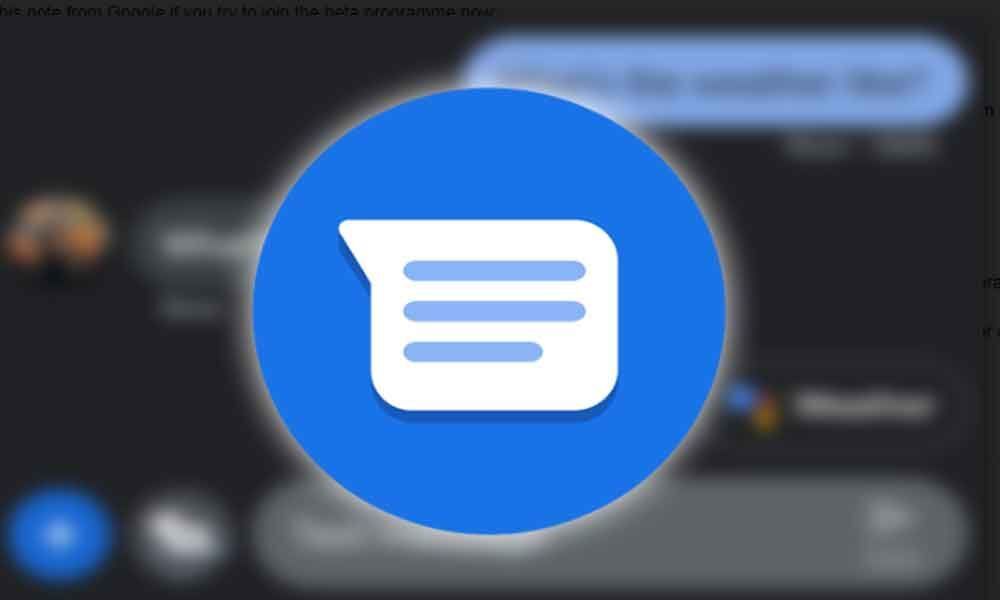 Google announced people could join the beta tests for its new version of Messages.

On Monday, Google announced that people could join the beta tests for its new version of Messages, the text message application that comes standard with Android phones. The programme reached its capacity, in less than a day.

You will find this note from Google if you try to join the beta programme now:

"Thanks for your interest in becoming a tester for the Messages app. However, Messages app's testing program has reached the maximum number of testers that can participate in it and isn't accepting any more testers."

It's not the first (or the last) time that Google has opened a beta programme. No need to worry:

"The Open Beta gives users the opportunity to test, and provide input and feedback, on experimental features not yet released to the general public," the company says on its support page.

It's not yet clear whether more testing spots will open up or else the beta features will make it into the app itself. Google wasn't available for comment.