3 held with 40 kg ganja at Narayanguda 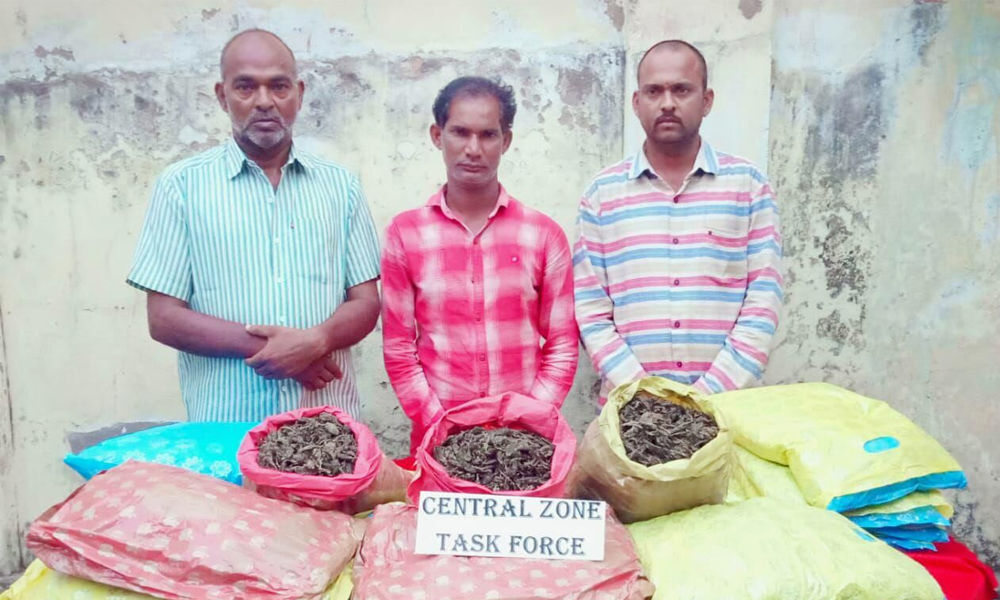 Hyderabad: The Central Zone Task Force along with Narayanguda police on Monday arrested three persons with 40 kg ganja. According to Task Force sle...

According to Task Force sleuths, the accused K Srinivas Reddy ,37, a financer, G Jagadish, G Mohan and V Vishwanadham (absconding) had formed a gang and were selling ganja to the needy customers.

The accused Srinivas Reddy came in contact with Jagadish and both planned to bring ganja with the help of Vishwanadham who is a resident of Agency area in Vishakapatnam.

Vishwanadham used to sell ganja to Srinivas Reddy at Rajahmundry for Rs 6,000 per kg. Srinivas Reddy in turn would transport ganja from Rajahmundry to Hyderabad in APSRTC bus and the same would be sold to customers for Rs 9,000 per kg and the profit amount would be distributed equally among the partners.

In the same manner on Monday, the accused brought 40 kg of ganja from Rajamundry to Hyderabad to sell the same to a known customer by name Kishore, who was waiting at Narayanguda flyover.

On reliable information, the Task Force team apprehended the three accused and seized 40 kg of ganja from their possession.