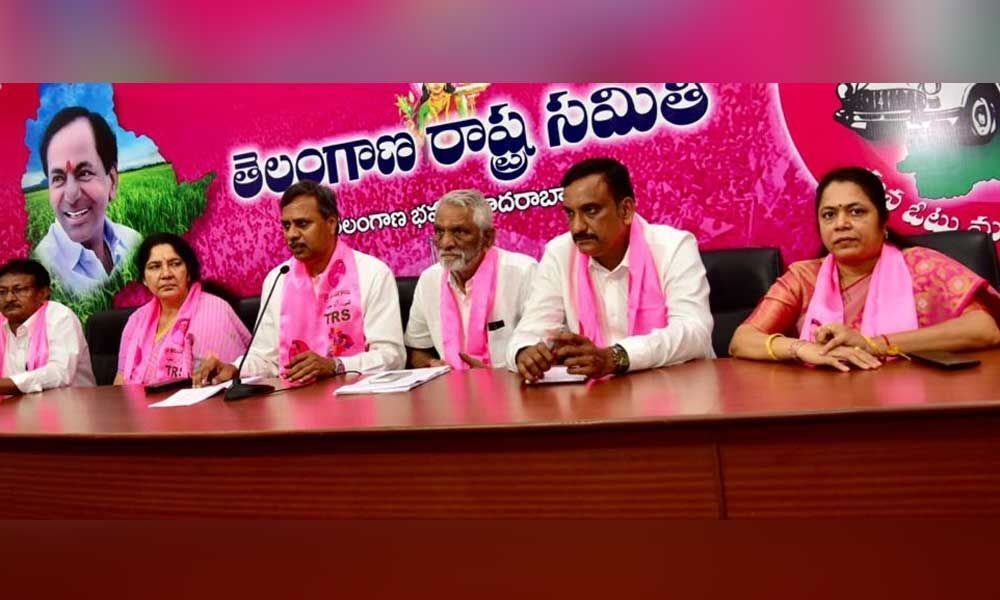 Hyderabad: TRS leaders on Thursday said that the state government would not be implementing Aayushman Bharat scheme designed by the Union government.

Addressing a press conference here, G Ramachandra Rao and government whip in Council Palla Rajeshwar Reddy said that the state government's Aarogyasri was better than the Centre's Aayushman Bharat. Aayushman Bharat will be applicable to 25% of the people, whereas 75% of people are covered under Aarogyasri. Aarogyasri is the best scheme in the country, but no BJP-ruled state is implementing it, said Palla Rajeshwar Reddy.

Replying to a question, Reddy said that the government would not answer to the people who are making allegations everyday. He said that the TRS is ready to face municipal elections whenever they come.