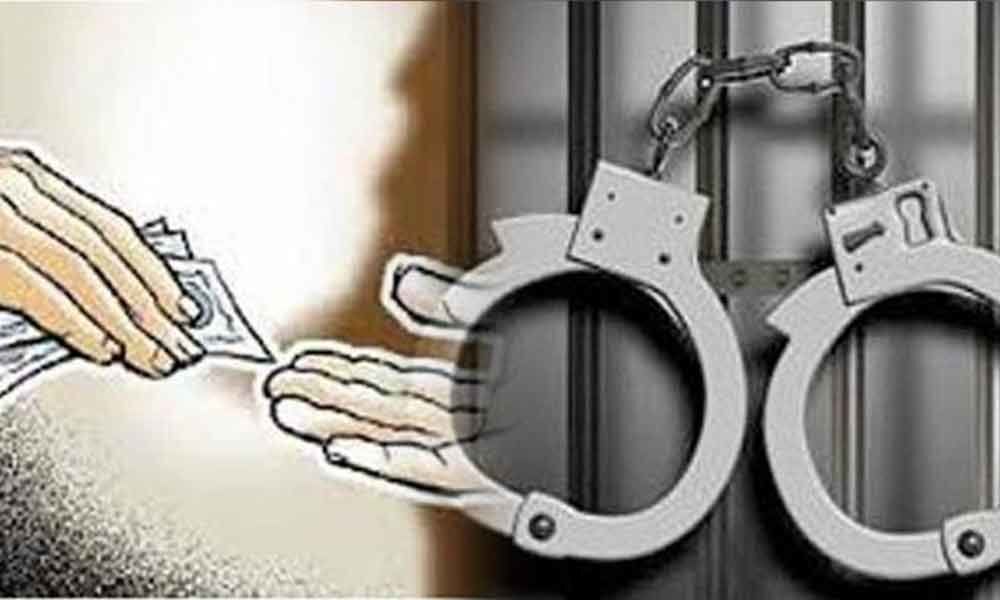 The Anti-Corruption Bureau (ACB) sleuths on Thursday arrested Bachupally tahsildar and his private driver for taking bribe from the complainant.

Hyderabad: The Anti-Corruption Bureau (ACB) sleuths on Thursday arrested Bachupally tahsildar and his private driver for taking bribe from the complainant.

According to ACB sleuths, they received a complaint from B Srinivasa Rao, a builder, on July 31 with a mandal surveyor he had approached tahsildar Nimma Y Giri with a request to issue Revenue Location Sketch pertaining to plot numbers 13, 14, 15 in Survey number 243 of Nizampet which he wanted to take up for the development purpose.

For that the tahsildar demanded a bribe of Rs 1 lakh for the issue of said sketch and on August 5 he had accepted Rs 50,000 as a part of the bribe directly from the complainant in his office.

Later when the complainant came to know that the said plot numbers were not falling in the survey numbers 243 and the Revenue Location Sketch would be of no use for him he requested the tahsildar to return the bribe amount to him.

But the tahsildar returned Rs 40,000 to the complainant through his private driver Mohammed Abdul Sayeed and retained Rs 10,000 stating that as expenditure.

By registering a case under section 7(a), 12 of PC Act on Wednesday both of them were arrested and produced before the Special Judge for SPE and ACB cases.