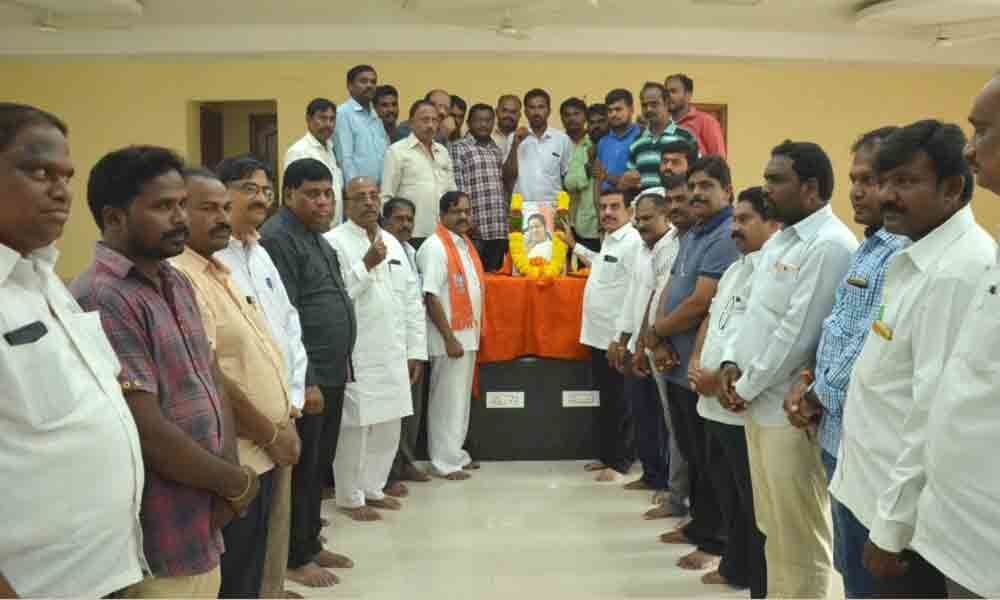 In meetings held at party district offices of Nalgonda and Yadadri-Bhongir districts, party district presidents Nukala Narsmha Reddy and PV Shyam Sunder along with other leaders paid floral tributes to the departed leader.

Both the district presidents, in their speech, remembered their association with Sushma Swaraj and the key role she played in formation of separate Telangana State. "She brought identity to the posts she held during her political career," they said, adding she was an icon for women politicians in the country.

A series of meetings were held to mourn the death of the BJP leader where saffron brigade recalled Swaraj's services to the nation and its people.