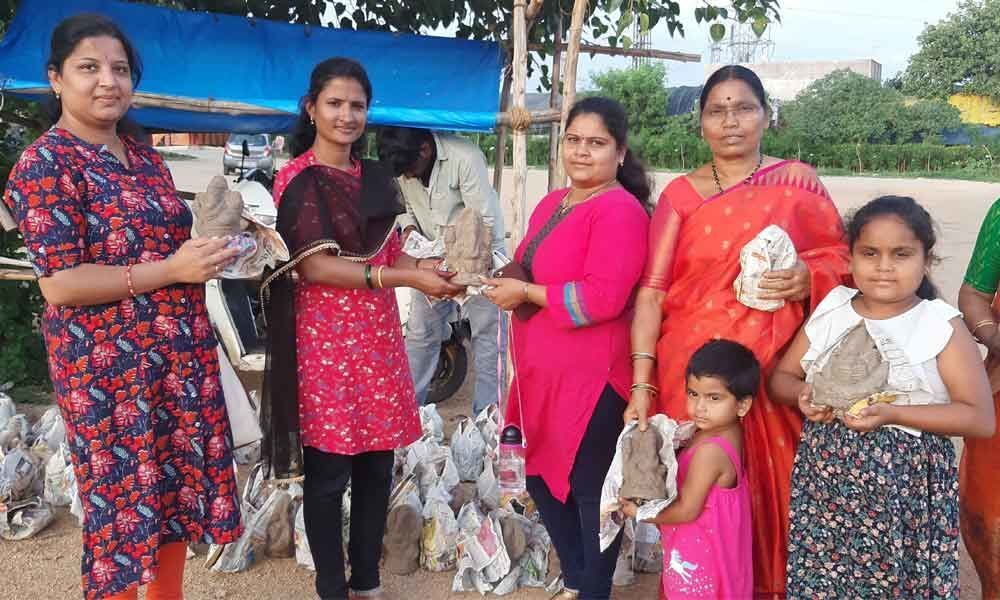 Clay idol artists are facing innumerable problems in making idols. They appeal to the government to prevail upon banks to extend financial assistance and intensify the campaign promoting clay Ganesh idols.

L B Nagar: There is an increasing demand for clay Ganesh idols as those made of Plaster of Paris contain chemicals that cause pollution of air and water posing a threat to the environment.

A local clay idol maker, Nampalli Hanumanthu, who runs Sri Jai Hanuman Traders, told that there was a need to bring public awareness for choosing clay idols as they help to avoid pollution and protect the environment.

He was manufacturing attractive Ganesh idols of various sizes after bringing 25 artists from Kolkata. He uses clay brought from Kolkata (from the Ganga river) and only water colours.

Gopal Rao, another clay idol maker says, "We are providing the desired idols as per the choice of customers at a suitable price."

He says his idols are below seven ft. He further added, "Though clay idols cost more than those made of Plaster of Paris, some people show interest in clay models because of its zero impact on the environment."