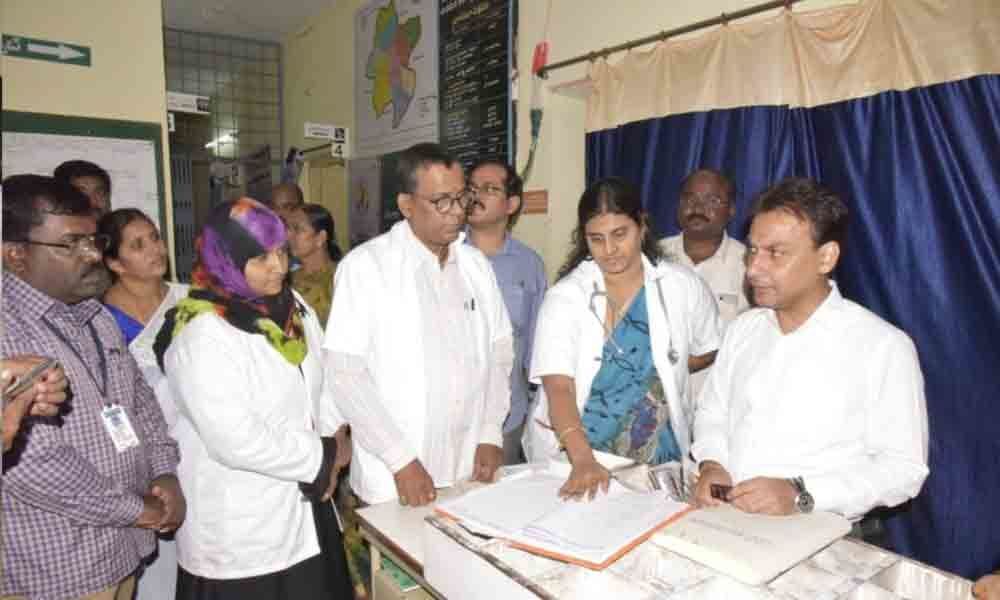 After the launch of Grama Darshini and Nagara Darshini in the district, Collector Gaurav Uppal toured the Thipparthy mandal on Friday.

Thipparthy (Nalgonda): After the launch of Grama Darshini and Nagara Darshini in the district, Collector Gaurav Uppal toured the Thipparthy mandal on Friday.

As part of the programme, he conducted a meeting with all mandal-level officers and reviewed the progress of Individual Household Latrines, drinking water facilities, functioning of hostels, schools and hospitals and other government institutions.

Later, he inspected the Primary Health Centre in Thipparthy and interacted with the patients and the staff. He also examined medicines, vaccines and sanitation in the PHC.

He interacted with the students during the inspection of SC Hostel for Boys and Kasturba Gandhi Vidyalaya in Thipparthy and directed the staff and other officials to provide quality education, food, drinking water etc.