Congress to give 50 pc of tickets to BCs, Muslims 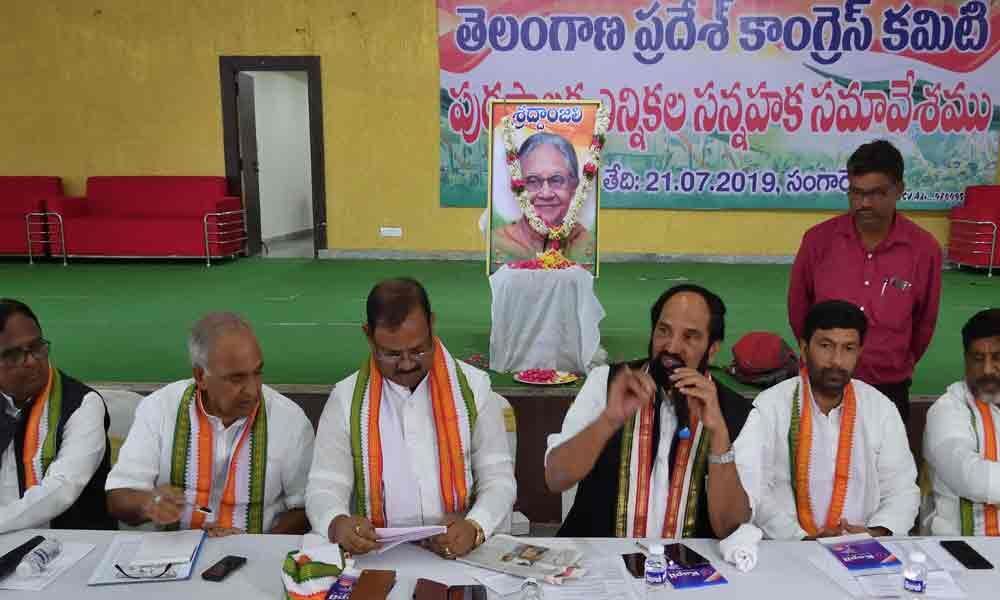 Hyderabad: Accusing TRS government of doing utter injustice to the Backward Classes in Telangana State, Telangana Pradesh Congress Committee (TPCC) President and MP N Uttam Kumar Reddy on Sunday announced that the Congress party would give 50 per cent of tickets to BCs and Muslims in the next municipal elections.

However, he said that the Congress party would not allow Chief Minister K Chandrashekar Rao to suppress the BCs by denying them their due share in municipal elections. He directed all Congress workers to hold dharnas at all district headquarters on July 23 in protest against the injustices being done to BCs by the TRS Government.

Uttam ridiculed the claims being made by the BJP about its strength in Telangana. He said there was no space for the saffron party in Telangana State. He said BJP had secured only 7 per cent of votes in the recently held elections.

The TPCC chief also condemned the TRS government for discrepancies in fixing the new boundaries for municipal wards and errors in the reservations. He said even the High Court has found the procedures adopted by the State Government to be incorrect.

He described the new Municipal Act as an insult to the people of Telangana and said it goes against the spirit of democracy. He directed the party workers to organise party flag hoisting programmes at a massive scale in all municipal areas from July 27 to 30.

He said the programme should be organised with the slogan "Intintiki Congress, Vaada Vaadallo Congress Janda". He expressed confidence that the Congress party would win majority of seats in all 140 municipalities.

The TPCC Chief demanded that the State Government immediately sanction a medical college for Sangareddy. Further, he said that the party was fully supporting the agitation by MLA Jagga Reddy seeking supply of Godavari water for Sangareddy.

Earlier, addressing the meeting, AICC Telangana Incharge RC Khuntia said that the new Municipal Act was full of errors and it was detrimental to the interest of people of Telangana.