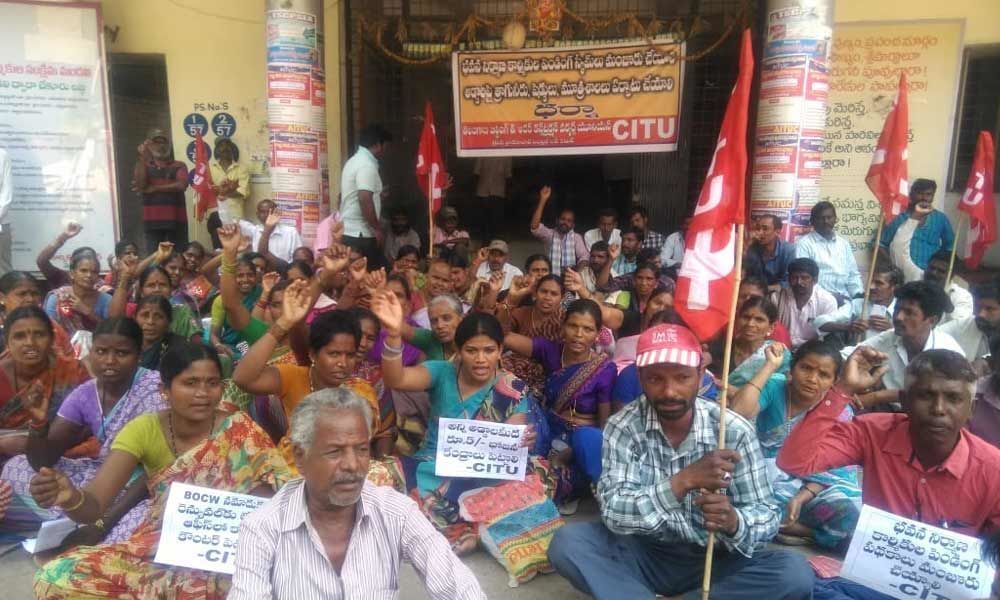 Speaking to the media persons, the leaders of the union said that the welfare council has not been successful in enrolling all the building construction workers working in the city.

Even the workers involved in the construction of mega buildings were also not enrolled by the council.

They demanded the council to inspect safety and permission of various constructions in the city and take measures to prevent accidental deaths at the construction sites.

They urged the government to collect cess from construction owners and spend it for their welfare.

They appealed the government to allocate funds for scholarships for their children, purchasing tools, and construction of houses, as mentioned in central government formulated labour act 1996.

Their other demands include compensation in case of natural death for labour above 60 years, a pension of Rs 6,000 per month and increase compensation amounts.