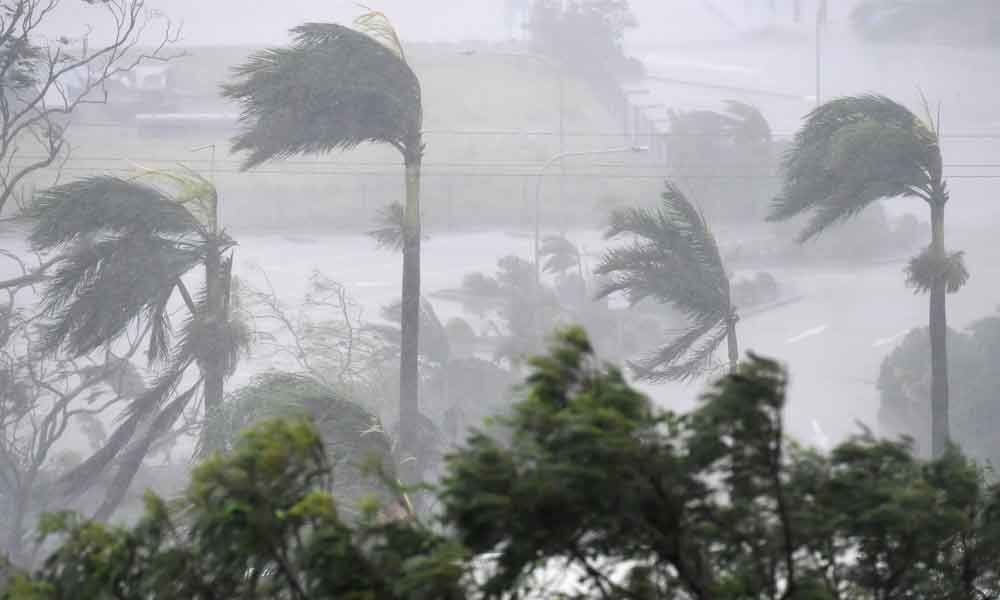 Hyderabad : In view of the prevailing cyclonic weather conditions and the forecast of heavy rains due to cyclone Fani expected to hit the coast line of Odisha, South Central Railway has geared itself to remain on high alert and handle any exigencies.

He directed that all arrangements be made to tackle any requirement that arises on SCR's network on account of the cyclonic impact.

John Thomas, Additional General Manager and other principal heads of departments were present in the meeting, while the Divisional Railway Manager's of Vijayawada, Guntur and Secunderabad divisions participated in the video conference.

Emergency control rooms are opened at Rail Nilayam, Secunderabad and also in the divisional head office of Vijayawada division from Wednesday.

A multi-disciplinary team of officers drawn from various departments will man these emergency control rooms round-the-clock to closely monitor the field conditions and initiate appropriate action as required.

The Railways will maintain a continuous liaison with the State Disaster Management Centre to update the possible effect of the cyclone.

Railway officials are in close liaison with the officials of the State government, especially with Irrigation officials to keep a watch on the situation and water levels of Railway Affected Tanks (RATs) nearby railway tracks on a continuous basis in case of heavy rains.

Trains running on the section likely to be affected by the cyclone i.e., between Vijayawada - Visakhapatnam - Bhubaneshwar are being cancelled/diverted/short terminated as per a well drawn up plan, to avoid inconvenience to long distance passengers.

All stations between Rajahmundry and Duvvada will be manned and monitored by officials on a 24 / 7 basis.

Extra locomotives, including the diesel locomotives are being stationed at important locations in the section, particularly at Tuni, to handle any requirement that may arise due to cyclone.

Other divisions are also involved so as to ensure additional co-ordination and train movements.

The railway track in sections that are likely to be affected is being patrolled on foot by engineering staff, including the trackmen and supervisors.

Stationary watchmen are put on alert at identified vulnerable locations like important bridges, cuttings etc. to keep a continuous watch on the safety of railway track structure at these locations.

Adequate arrangements are in place to ensure availability of water and food, if need be, by involving the support of NGO's.

All the catering stall contractors and authorized vendors at stations on sections and pantry car managers of trains scheduled to run o­n these routes have been instructed to keep adequate stocks of food items and water etc., to take care of catering needs of passengers.

Help desks are being set up at all important railway stations in the section to disseminate information on train movements to passengers.

Besides this, telephone help lines will also be activated.

Frequent announcements are being made at the railway stations to intimate the rail users on train movements and availability of convenient ticket refund facilities.