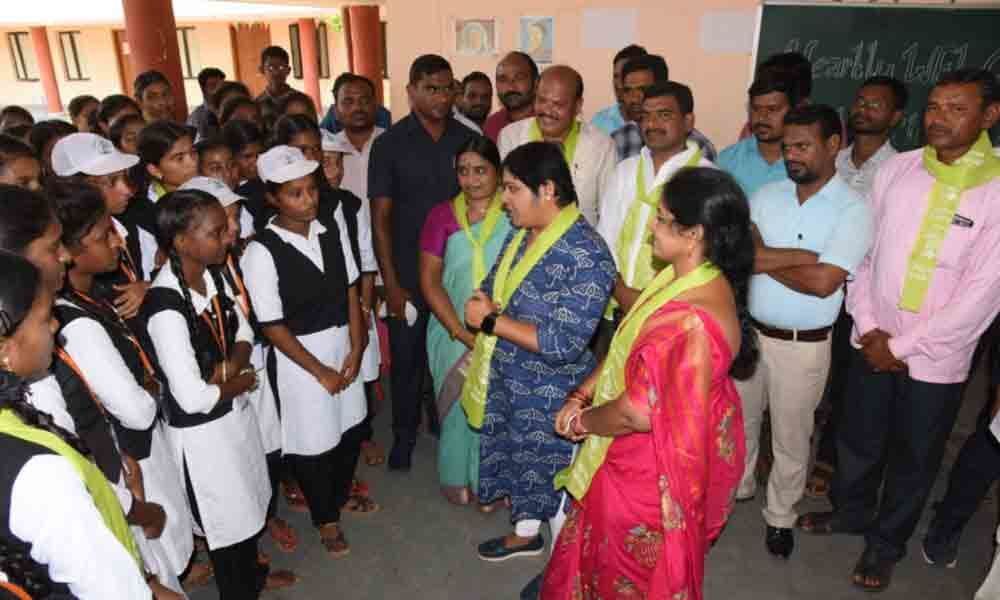 Mancherial: District Collector Bharathi Hollikeri along with Zilla Parishad chairperson Nallala Bhagya Lakshmi planted saplings under Haritha Haram programme at Model School in Kotapalli mandal in Mancherial district on Friday. As many as 200 saplings were planted on the occasion.

She inaugurated a water plant in the school premises and later interacted with the students and enquired their problems. The Collector created awareness among the students on plantation and protection of the saplings and need of the forests, which give oxygen to the living. She expressed dissatisfaction over the cleanliness and maintenance of toilets in the Model School.

Collector Bharathi visited KGBV School after receiving a complaint at the recently held general body meeting. The staff told that the students are suffering with lack of proper facilities, to which the Collector assured to solve all the problems. The workers of the school requested the Collector payment of salaries on time and regular to the workers of 190 Models Schools in the district and they submitted a representation in this regard.