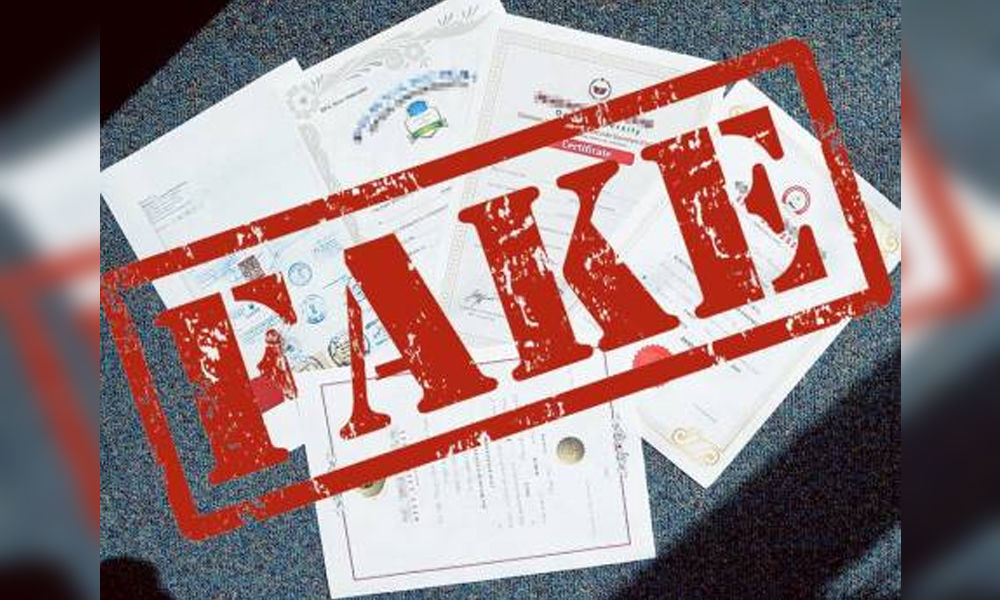 The accused are identified as Mohammed Roshan (42), headmaster of Polite School and Crescent High School in Tadban and Mohd Rafeeq Mohiuddin (41), headmaster of Sun Shine High School Suleimannagar and in charge of Bilal Model School in Kalapather; and Syed Rafi Ahmed (32), a hotel worker. Another person, Mohd Habeeb, who runs Alif Overseas Consultancy at Malakpet, is absconding.

The two principals who had contacts with failed SSC students planned to supply fake academic certificates by charging money. It is learned that they charged Rs 30,000-40,000 from each candidate and provide the certificates from Habeeb through his consultancy who charges Rs 10,000 per certificate. The accused also created a fake website when the candidates expressed doubts about the certificate.

Around 56 certificates of Senior Secondary Examination, Degree certificates of Chhatrapati Shahu Ji Maharaj University, Kanpur; and Board of Intermediate Education were seized from them.