Farmers have second thoughts on growing plants in farms under HH 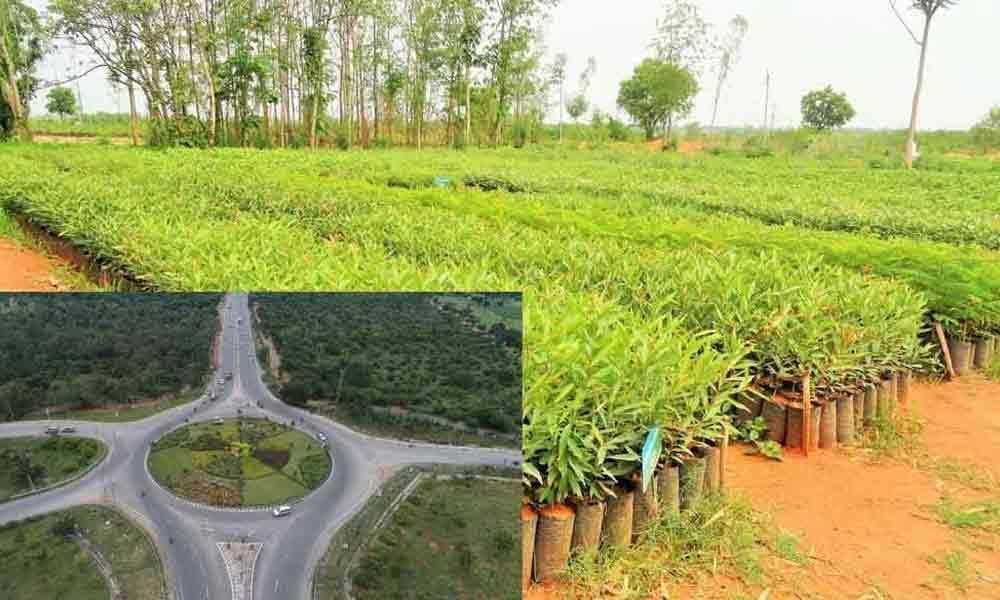 Farmers have become hesitant over growing plants under Haritha Haram programme in their farms after the government fixed the responsibility of ensuring the survival of plants on them.

Hyderabad: Farmers have become hesitant over growing plants under Haritha Haram programme in their farms after the government fixed the responsibility of ensuring the survival of plants on them.

Even though thousands of farmers were enthusiastic about raising plants in their farms, now they are afraid due to the conditions imposed by the officials. The condition being imposed by the government may become a deterrent in ensuring the success of Haritha Haram. The government has requested the farmers to raise plants on the fences and on the dividers of plantation areas. They have been offered financial assistance to ensure the growth of them.

The activity has been taken up under the Rural Development department. The department, while making the offer of financial assistance, has however imposed a condition that the farmers should sign an agreement that they would take the responsibility of the survival of the plants being planted by them in the farms.

This condition has put the farmers in a fix. According to few farmers, it would not be possible to protect the plants due to various reasons including water shortage and farm cattle eating the plants.

Due to this the farmers are wary over taking plants being supplied to them under the Haitha Haram programme. The government planned of planting about 10 crore saplings in the farms of the agriculturists. According to official sources, the condition of ensuring the growth has been imposed taking the past experiences of the government in the Haritha Haram programme.

Though crores of saplings were planted each year in the past five years there was no substantial progress in the programme. The objective of ensuring 32 per cent of green cover was not achieved. This is due to death of the plants.

Though the saplings have been planted under much fanfare in the monsoon season they have not been surviving. With water shortage and lack of protection the plants are wilting.

With this the implementing agencies have developed several ideas to ensure proper growth of the plants. The Forest, Rural Development and other departments have given strict instructions to the field staff. The Panchayat Raj department fixed the responsibility of ensuring the growth of the plants on the sarpanches in the limits of the Gram Panchayat.