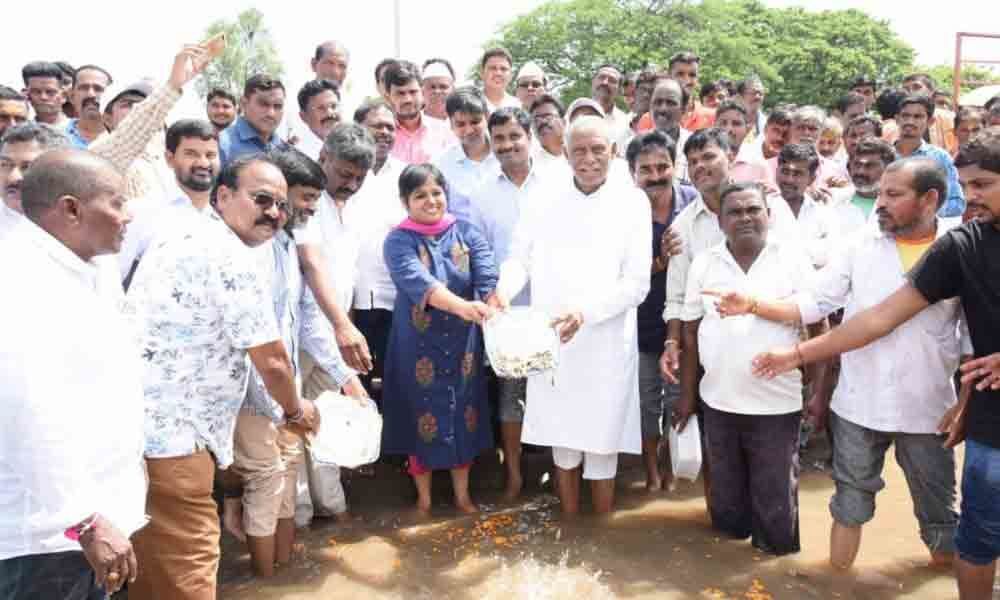 They released 38 lakh fish seedlings at Pushkar Ghat in Mancherial on Monday. The Collector and the MLA said 272 ponds and tanks have been identified to raise fish seedlings in the district and directed the officials concerned to protect the fish seedlings.

Fishery department officer Satyanarayana, officials of various departments and others were present.