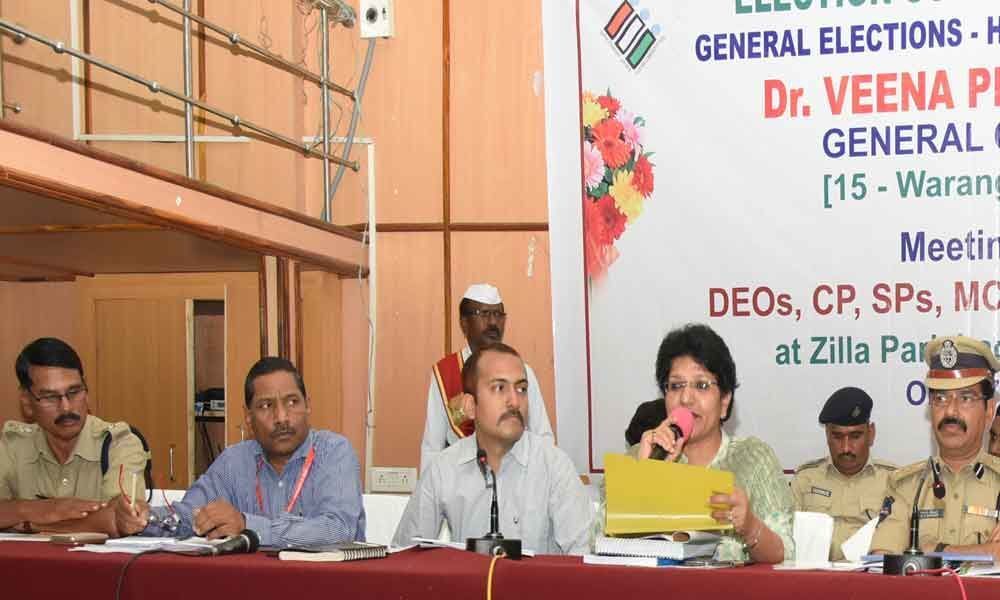 The administration is geared up for the ensuing election for Warangal Parliamentary constituency, General Observer Dr Veena Pradhan said.

Warangal: The administration is geared up for the ensuing election for Warangal Parliamentary constituency, General Observer Dr Veena Pradhan said.

In a review meeting with the officials here on Wednesday, Veena Pradhan, who for the last three days inspected several polling stations, said that arrangements for the ensuing election for Warangal Parliamentary constituency are in place in accordance with the Election Commission (EC) guidelines.

"The administration has ensured whatever it can do to maintain transparency in the conduct of elections," she said, directing the officials to strictly adhere to Model Code of Conduct.

Further, she laid focus on problematic polling stations with impetus on deployment of security forces, installation of CCTV cameras and webcasting provision.

The general observer also enquired about the complaints lodged through C-Vigil and citizens' response to toll free number 1950.