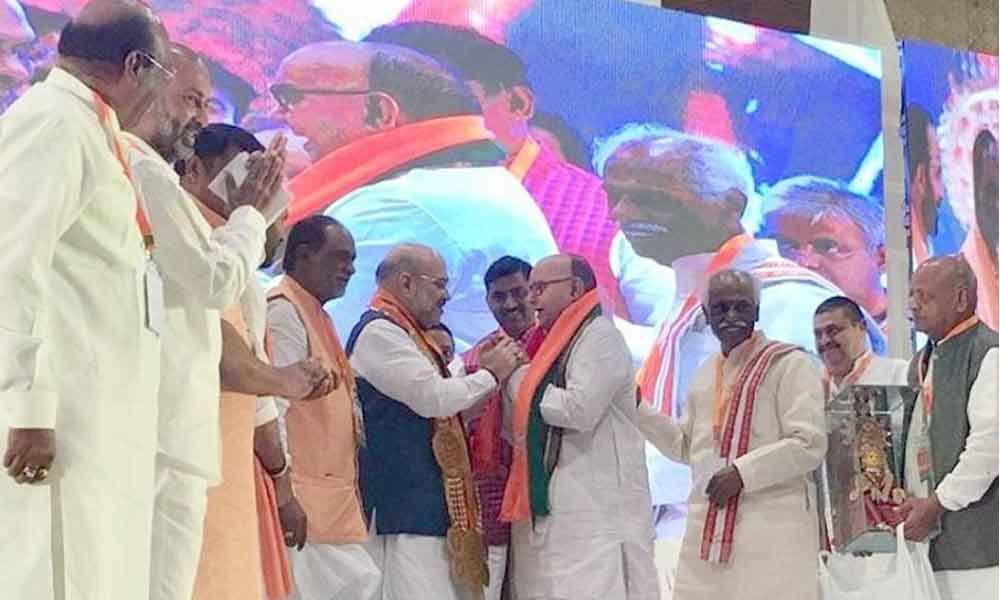 Former Andhra Pradesh Chief Minister Nadendla Bhaskar Rao said regional parties are on the last leg of survival in the country as people from across the country have been supporting the Bharatiya Janata Party (BJP).

Hyderabad: Former Andhra Pradesh Chief Minister Nadendla Bhaskar Rao said regional parties are on the last leg of survival in the country as people from across the country have been supporting the Bharatiya Janata Party (BJP).

Bhaskara Rao, who was welcomed into the party by BJP State unit president K Laxman here on Friday, said he would work for strengthening the BJP in Andhra Pradesh and Telangana.

He said there are several leaders and people from various walks of lives coming forward to strengthen the leadership of Prime Minister Narendra Modi. It was under the BJP led NDA government at the Centre that will make the country develop faster besides fortifying the country's security, he said. He said recently Modi and Union Home Minister and BJP chief Amit Shah had asked him to join the party.

"I wanted to join BJP when former Prime Minister Atal Behari Vajpayee government was at the Centre. But now I have got an opportunity to join. I will work as a common party worker," he said.

Responding to a question, the former Chief Minister said he would not come in the way as there are several leaders across the world who are running the governments despite their age. Bhaskar Rao said he would bring in people from different sections of the society to join the BJP.

The future is for BJP in both Telangana and Andhra Prades, he said. Former Ministers M Kishan Rao, Amar Singh Thilawat and others were present.