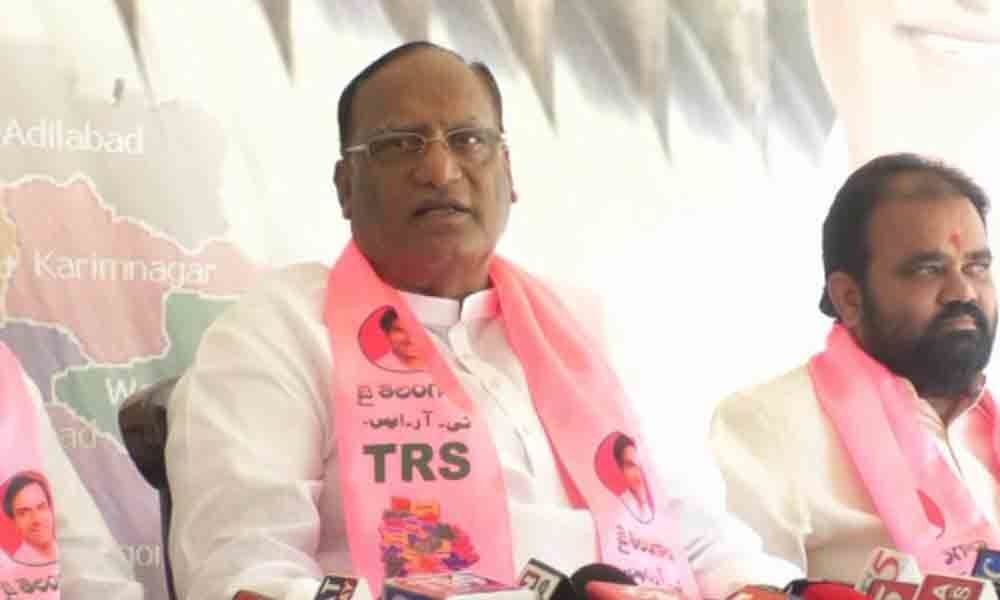 MLC Gutha Sukender Reddy mocked that Congress party which is on life support was talking about the public issues and the projects.

Nalgonda: MLC Gutha Sukender Reddy mocked that Congress party which is on life support was talking about the public issues and the projects. Addressing the media at his residence in Nalgonda on Thursday, he condemned the allegations levelled by Telangana Pradesh Congress Committee president Uttam Kumar Reddy against the State government and Chief Minister K Chandrashekar Rao. He also condemned Uttam's allegations on SLBC tunnel and other pending projects in Nalgonda district.

Gutha alleged that Congress leaders received kickbacks in mobilisation advances with regard to SLBC tunnel project. He termed both Uttam Kumar Reddy and Bhongir MP Komatireddy Venkat Reddy as leaders sans any morals. "Congress leaders are passing their days by making baseless comments against the State government and the TRS leaders," Gutha said, mocking that Uttam Kumar Reddy who had committed several political mistakes was now talking about the ideologies much to the shock of others.