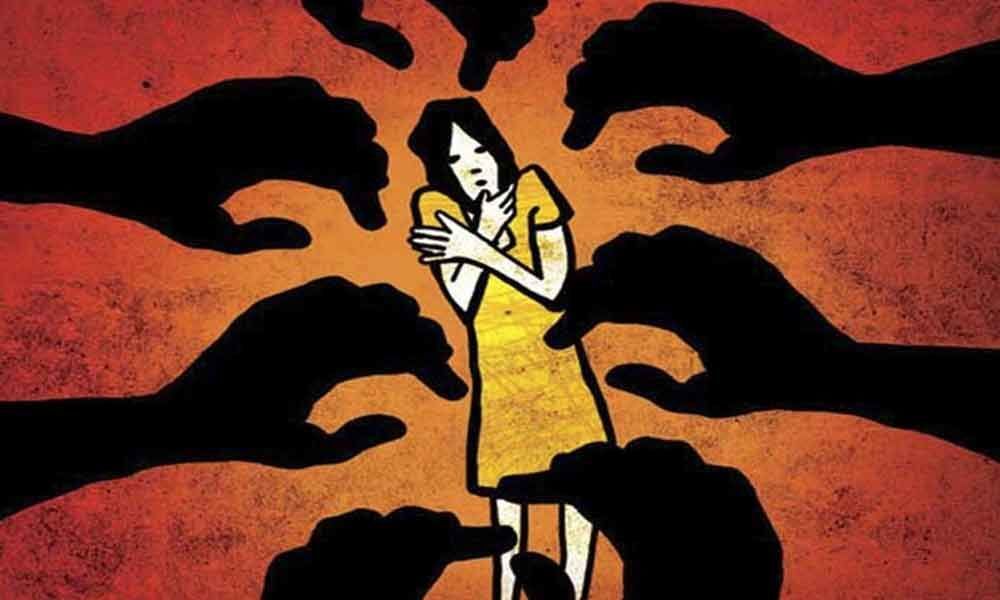 In a gruesome act, four men allegedly gang-raped a woman in front of her husband who was tied up here under Pahadishareef police station limits.

The couple, a native of Nagarkurnool moved to Hyderabad for some time now and was working in a farmhouse near Maheshwaram. After being harassed by the owners, Chandu had an argument and decided to quit the job.

However, fumed over his behaviour, the owners Rangareddy and Pratap Reddy along with two others went to the couple's house and tied up Chandu and sexually assaulted his wife.

The incident came to light on Thursday after the couple lodged a complaint with the Pahadishareef police. The police registered a case and sent the woman to a hospital for a medical examination.

Vanasthalipuram ACP Gandhi Narayana took up the case and is investigating.