Innovators tell stories behind their creations at SR Engineering College 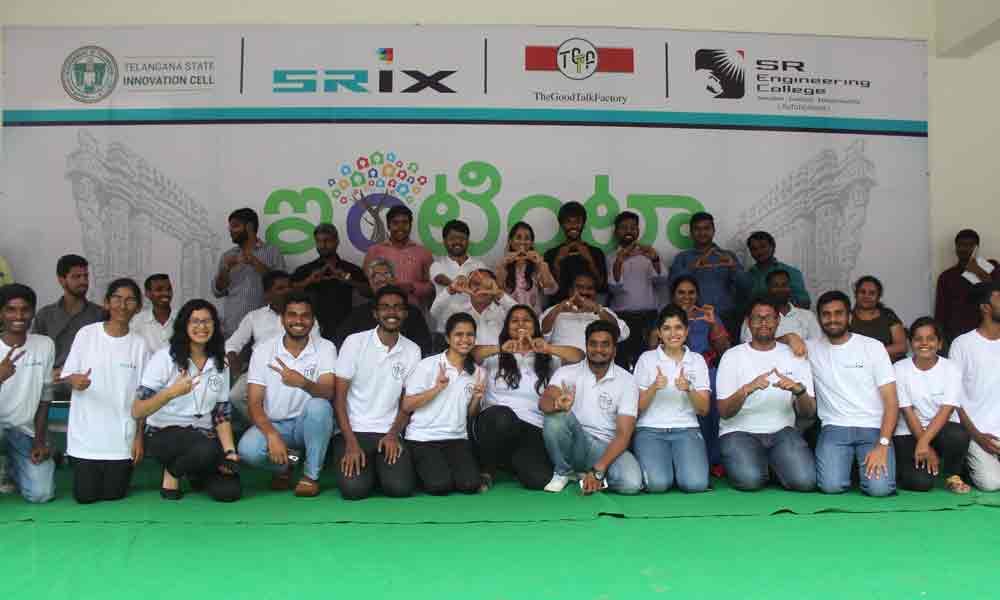 The objective behind the event was to give a platform to air the Innovators' views and difficulties in bringing out their innovation to the public, further envisioning that everybody can be an innovator if they could identify the actual gap in their immediate community.

Warangal West MLA Dasyam Vinay Kumar and Wardhannapet MLA Aroori Ramesh were the chief guests at the event. The event highlighted the innovations and the story behind the creation of three keynote speakers - K Ganesh, Mahipal Chary and Mupparapu Raju.

While Ganesh made an ingenious device to help the deaf people, Mahipal Chary came up with a semi-automatic weeder which has made the farming easier. Mupparapu Raju made a charger for the cell phone which is completely solar-based and eco-friendly.

SR Innovation Exchange CEO Sreedevi Devireddy said: "This is a true celebration of innovation. We as a country need to be more inclusive of innovators at all levels – student innovators, rural innovators, corporate innovators. India climbing up in rank to 52nd innovative nation in world is not a moment to celebrate. We should not rest until we are among the top 10."

SR Engineering College Principal Dr Mahesh said: "I believe innovations are born out of observations in your nearby community. The speakers we have today are someone who identified the problem statement.

We are here to support students who wish to become entrepreneurs with innovative ideas and creative thinking "Mahipal Chary who hails from a farming family in Sitapuram village of Warangal district, had completed SSC and worked as bike-mechanic.

He observed that weed removing has become a major difficulty for the farmers as there was less cattle, but greater rental charges. He went on to innovate Mini Cultivator, which is influencing his near community.

He narrated how he started his journey, and how he went on to become an innovator. He said that the marketing in the villages helped him in wide reach, for which he has becoming orders coming from various people.

Mupparapu Raju of Duggondi mandal said that the inspiration behind his innovation is his mother, who when hospitalized, his phone was switched off, and could not reach out to his relatives. Not wanting to see such problems in anybody's life, he made use of natural light, and streetlights to create a solar charger, which can be accessed anywhere at any time by public.

Ganesh, who innovated a device for deaf, says that the knowledge acquired from colleges should not be restricted just to the certificates but must be put to use for social innovation which could solve a clear problem statement.