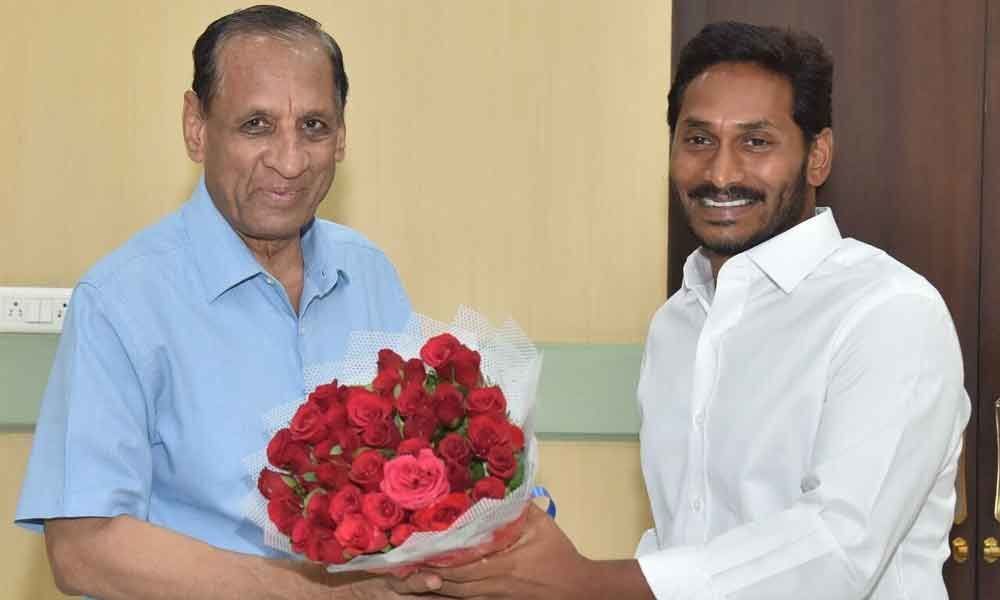 YSR Congress party president YS Jagan Mohan Reddy on Tuesday appealed to Governor ESL Narasimhan to intervene and stop growing attacks on the YSRCP cadre, misuse of state funds and protection of EVMs in the strong rooms in Andhra Pradesh.

A party delegation led by Jagan called on Governor at Raj Bhavan and submitted a memorandum demanding that action be taken against the AP government on attacks on the opposition party leaders.

The opposition leader said "we have lodged a complaint with the Governor that Chief Minister N Chandrababu Naidu and submitted required evidences that the TDP chief appointed his henchmen in crucial places to help Telugu Desam in all ways during the elections and post-poll violence."

He said that there were many instances of violence which is still unabated and attacks on YSRCP cadre are on the rise as Naidu has given out-of-turn promotions belonging to his community to target the Opposition party and its sympathisers.

Jagan said that AP Assembly Speaker Kodela Siva Prasada Rao had deliberately gone into a polling booth and locked himself up creating a vicious atmosphere and rising the tempers, provoking violence and the police did not file a case against him but registered cases against YSRCP workers in Guntur and other places.

The YSRCP leader also said that the party also requested the Governor that the strong rooms where the EVMs were stored at various places should be guarded and strict vigil should be arranged pressing para-military forces into service.

On Naidu's complaint about EVMs, Jagan said, these theatrics are not new for him as he always wanted someone or something to blame for his failure. Instead of gracefully accepting the people's verdict he has been trying to make a mockery of it.

It was the same EVMs that were used in 2014 when his coalition had won, we did not complain. Just three months before the general elections, Congress won Rajasthan, Madhya Pradesh, Chhattisgarh and Karnataka and there were no complaints, Jagan said.

"Only when the going gets tough, the weak and losers start shouting and begin searching reasons for their failures," he said.

The opposition leader said that the budget approved before the general elections is a vote-on-account and it should be seen that he does not misuse funds by giving largesse to his favoured few.