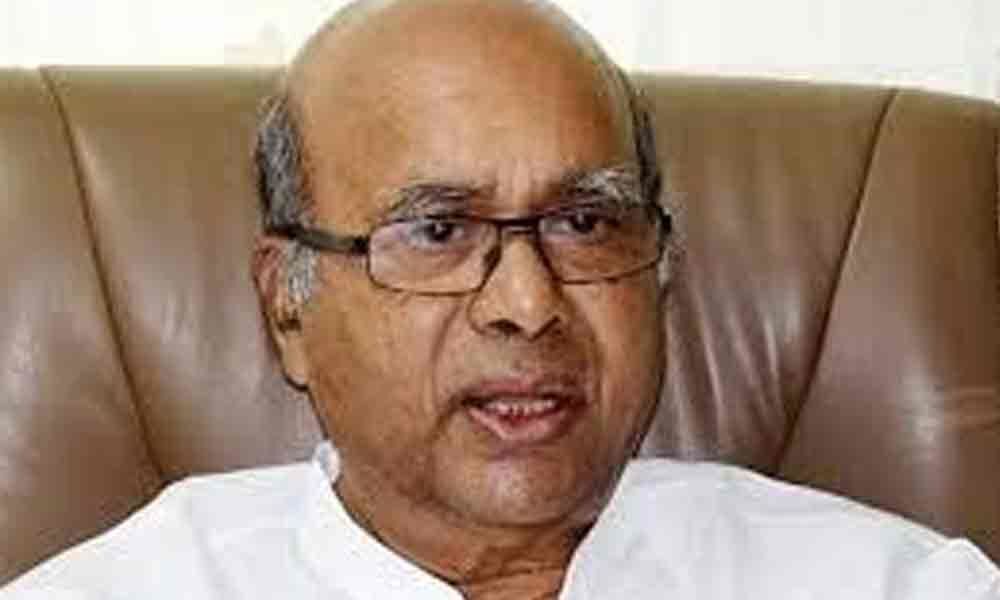 Justice B Subhashan Reddy, 76, who passed away on Wednesday morning, was cremated with state honours at Mahaprasthanam, Jubilee Hills in the evening.

Hyderabad: Justice B Subhashan Reddy, 76, who passed away on Wednesday morning, was cremated with state honours at Mahaprasthanam, Jubilee Hills in the evening. A large number of people from law fraternity and from different walks of life bid farewell to him. He is survived by his wife and three sons. Two of his sons are High Court advocates while the last one is a software engineer.

Subhashan Reddy was known to take suo motu cognizance of cases of public interest during his tenure as SHRC chairperson. Subhashan Reddy was admitted to AIG hospital in Gachibowli for liver-related problems and was getting treatment for the last few weeks. His body was shifted to his residence in Basheerbagh from the hospital.

Reddy was born at Bagh Amberpet in Hyderabad in 1943. He studied in Sultan Bazar and Chaderghat high schools and also in New Science College and later passed law from Osmania University. He enrolled as an advocate in January 1966.

He was appointed a judge of the (then undivided) Andhra Pradesh High Court in November 1991. In September 2001, he was elevated as the Chief Justice of the Madras High Court. He was transferred to take the mantle as the Kerala High Court's Chief Justice in November 2004. He retired in March 2005.