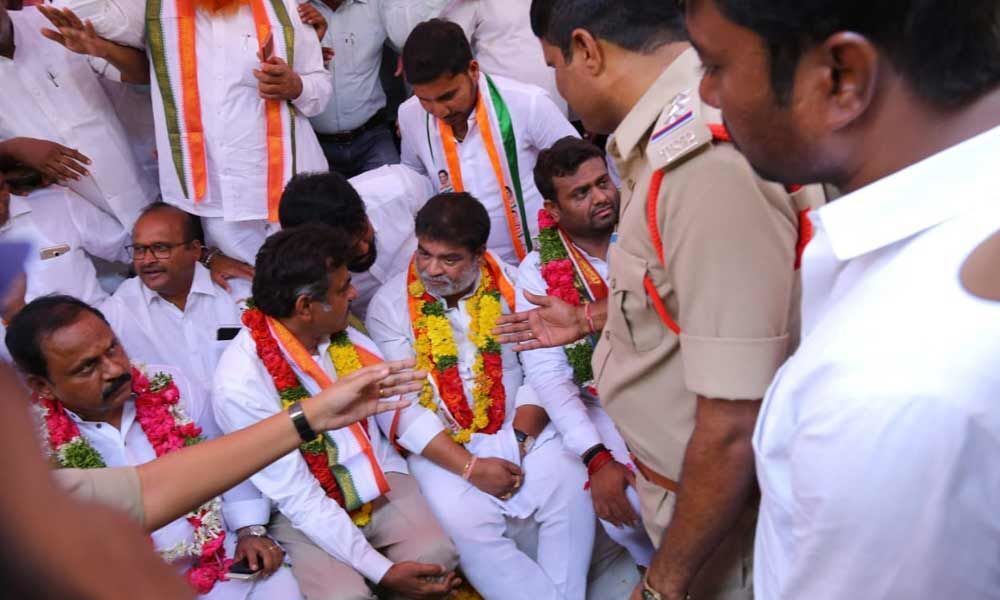 He demanded the government to provide water for Mahbubnagar and Rangareddy districts, a merger of the district in Charminar zone, employment opportunities for youth, board for redgram, and extension of MMTS rains till Vikarabad and implementation of satellite city in the district.

DSP Sirisha said that no protests and dharnas were allowed during election code and added that no permission was granted for the protest. A heavy police force was beefed up keeping in view of law & order problems.