NPA set for passing out parade of 92 IPS Probationers tomorrow 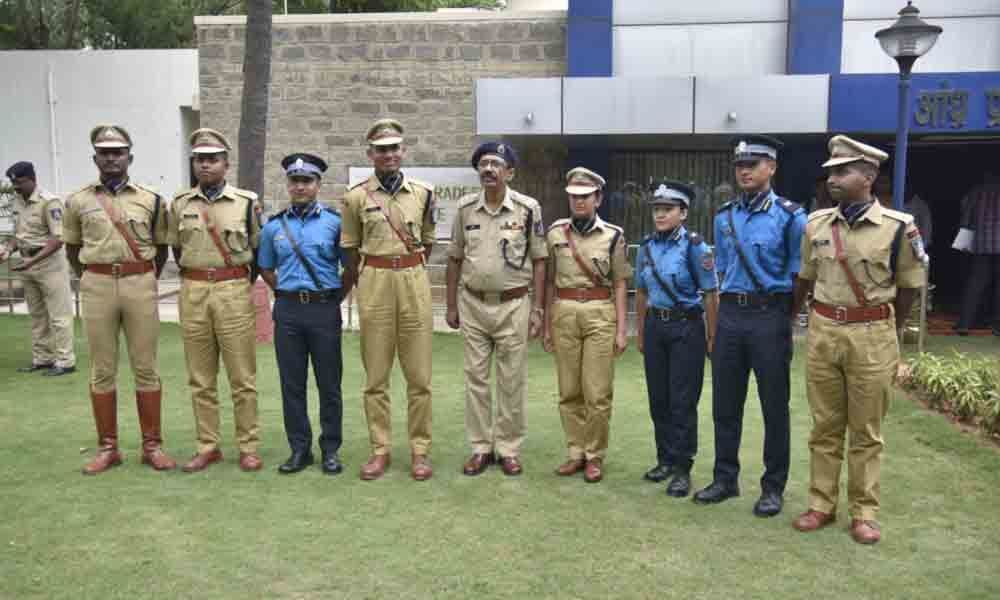 Around 92 IPS Probationers of 70 Regular Recruits (RR) including 12 women Probationers, 11 Foreign Officers which include six from Royal Bhutan Police and five from Nepal police have completed their basic training from the Sardar Vallabhbhai Patel National Police Academy in Hyderabad.

Hyderabad: Around 92 IPS Probationers of 70 Regular Recruits (RR) including 12 women Probationers, 11 Foreign Officers which include six from Royal Bhutan Police and five from Nepal police have completed their basic training from the Sardar Vallabhbhai Patel National Police Academy in Hyderabad.

The passing out parade (Dikshant) will be held on Saturday at the academy in the presence of Union Home Minister Amit Shah. In a press conference held on Thursday, Director of the Academy Abhay said 57 from engineering, 11 from medicine, seven each from MBA and arts, five from science, two from commerce and three from other background have completed their probation. He said all the officers worked hard with dedication and commitment and completed their basic training in most unfavourable conditions such as walking for 40 kilometres carrying 10 kg load and 5 kg rifle. This time around there is no woman probationer from Telangana and Andhra Pradesh. The Director said that to increase the number of women IPS officers in the country, families have to break informal barriers in the society. He said since the present-day policing is relying more on the Advanced Communication Technologies they are focusing more on the Information and Communication Technologies (ICT) during the basic training.

Gaush Alam from Delhi got selected as the Best All-round IPS Probationer and also bagged the prestigious Prime Minister's Baton and Home Ministry's Revolver. Sharing his experience, he said even though he completed B Tech (Mechanical Engineering) and worked for a multinational company, he always dreamt of becoming an IPS officer.

He said his father, who worked for the Indian Army, is his inspiration for selecting IPS after passing the exam in a single attempt in 2016.

Richa Tomar from Uttar Pradesh has been allotted to Rajasthan cadre. She bagged the 1973 Batch IPS Officer's Trophy for the Best All-round Lady IPS Probationer. Tomar hails from a farmer's family in Baghpat district of Uttar Pradesh and completed her education from government institutions.

She faced many problems while pursuing M Sc in Microbiology. Tomar who has a two-and-half-year-old boy said training has changed her a lot.

Since she came from a small family, she said it makes easier for her to understand the problems of others. She said her focus will be more on women trafficking issues, crime against women and children.

Garikapati Bindu Madhav and V Vidhya Sagar Naidu who hail from Telangana have been allotted to Andhra Pradesh cadre. The officers said there is nothing impossible if one is determined to achieve and Telugu language will not be a problem. Dr Vineeth G and Dr Shabrish P, who are from medical background and natives of Karnataka, have been allotted to Telangana. They said that they are fully prepared to work with great enthusiasm and commitment. They said the training offered in the academy made them physically, mentally and emotionally fit to face any challenges and perform accordingly to maintain law and order in the society. Ashok K V, who hails from Andhra Pradesh has been allotted to Uttar Pradesh cadre. He said Hindi language will not be a problem for him to deal with. Even though the political system in UP is challenging, he will deliver his services by maintaining law and order.