Police seize 34 bikes during cordon and search in Ramnagar 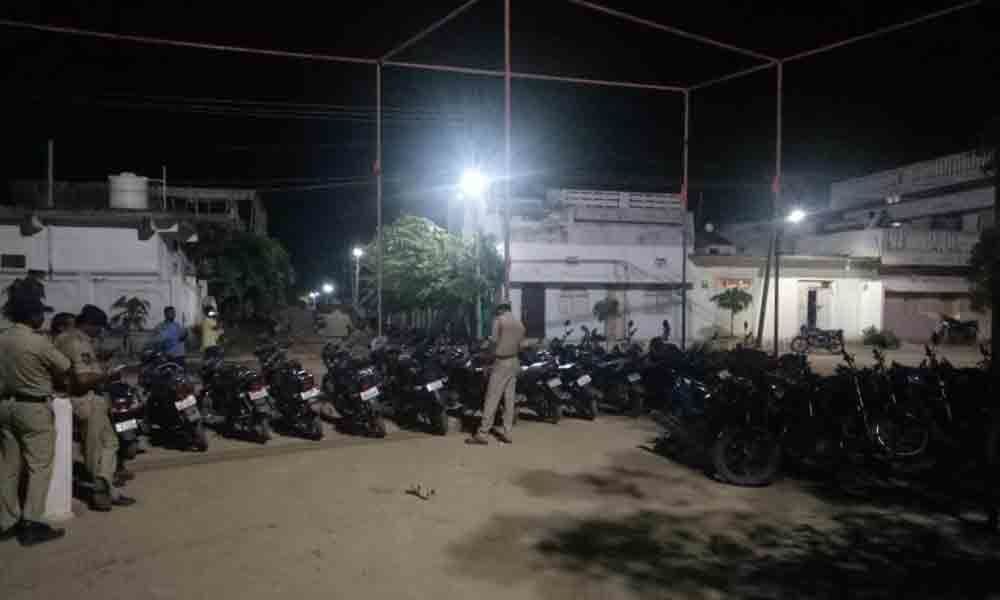 The Nagarkurnool police during a cordon and search operation in Ramnagar Colony in Nagarkurnool district on Wednesday inspected 131 households and seized 34 bikes from the residents.

Nagarkurnool: The Nagarkurnool police during a cordon and search operation in Ramnagar Colony in Nagarkurnool district on Wednesday inspected 131 households and seized 34 bikes from the residents. The cordon and search operation which was held under the supervision of Superintendent of Police Sai Sekhar and inspector Laxmi Narayana. The police cordoned all the roads connecting Ramnagar and conducted searches in 131 houses and checked the identify proofs and documents of the vehicles belonging to the residents.

During their inspection, the police officials found out that as many as 34 persons were possessing bikes with no valid documents. The police seized all the vehicles and directed the residents to provide valid documents and get back their vehicles. "Cordon and search operation was held to instil confidence among the public that the police are there for their safety and security. Moreover, our main aim is to ensure that anti-social elements are kept at bay. We are adopting zero tolerance against those who try to create disturbance in the society and those who try to break peace and tranquillity in the society. We will not hesitate to even invoke Preventive Detention Act against the habitual offenders and anti-social elements in the society," said the SP.