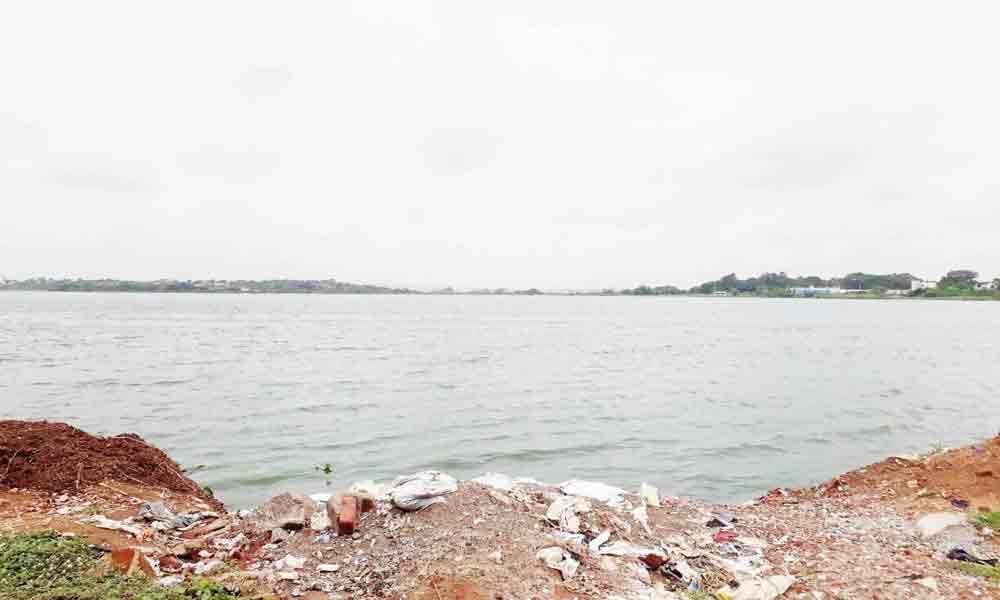 Preparations are afoot for the Ganesh Immersion procession in Ragendranagar, which is scheduled to be held on September 10 in the entire Ranga Reddy District.

Rajendranagar: Preparations are afoot for the Ganesh Immersion procession in Ragendranagar, which is scheduled to be held on September 10 in the entire Ranga Reddy District.

With this, the GHMC has taken up filling of potholes and repairing of roads to pave way to the smooth transportation of Ganesh idols. Lighting arrangements are also being made at identified immersion ponds.

The civic body has designated the water bodies for the immersion of Ganesh idols, including Mir Alam Lake, Patti Kunta Cheruvu and Palle Cheruvu. The GHMC hired vehicles to dump construction debris on potholes to level the uneven roads in an attempt to facilitate the transportation of heavy vehicles on the day of immersion.

For lighting arrangements, mass lights polls were erected all the way to the lakes designated for Ganesh immersion. "A special drive is being taken up to fill the potholes near the immersion lakes and electric poles are also getting streamlined to avoid any inconveniency during the Ganesh procession.

Sanitary officials are deployed at various locations to oversee the arrangements and to ensure better sanitary arrangements during the festival," said a GHMC official.