Saubhagya lights up homes of poor 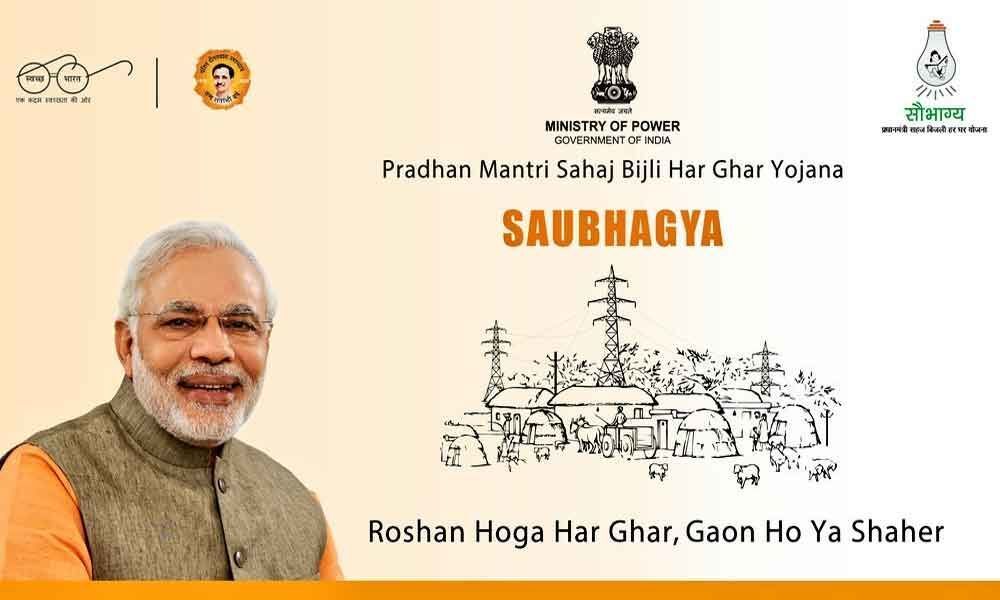 Hyderabad: Getting the power connection is made easy for the rural and urban poor in the State with the help of Pradhan Mantri Sahaj Bijli Har Ghar Yojana - Saubhagya that aims at providing energy access to all by last mile connectivity.

The scheme is implemented in rural areas as part of the Deen Dayal Gram Jyothi Yojana (DDUGJY). Under Saubhagya scheme, about 62,931 households have been provided with power connection in the rural areas.

In case the electricity pole is not available nearby from household for drawing service cable, the erection of additional pole along with conductor and associated accessories would be covered under the scheme.

According to the report of the Rural Electrification department of the Central government, there are 60.94 lakh households in rural areas of the State. About 56.42 lakh households have been electrified till October 2017.

As far as urban areas are concerned, there about 4.42 lakh households and all of them have been electrified. Under the Saubhagya Scheme, about 138 households have benefitted.

The DDUGJY is more beneficial to the villages than urban areas. According to RE department of GOI, there are 10,148 census villages in the State (according 2011 census). About 49 projects of rural electrification have been taken up under the scheme.

The Centre has spent Rs 320 crore on these projects. It has spent Rs 5.16 crores on metering, Rs 308 crores on providing infrastructure for each household, and apart from these amounts Rs 131 crores has been spent on strengthening the power distribution network.

The rural poor were happy with the scheme as getting the power connection under DDUGJY and Saubhagya was easy.

They could get the connection by just paying Rs 125. All they have to do is to go the nearby electricity office and pay Rs 125. The power staff would immediately lay the line (if required), fix the meter and provide the power connection.

As getting power connection was made easy, the rural people have been flocking to the electricity offices to avail the scheme in large numbers.

The officials have received thousands of applications and completed the work in most of the cases. They said that by end of August all the applications would be addressed.