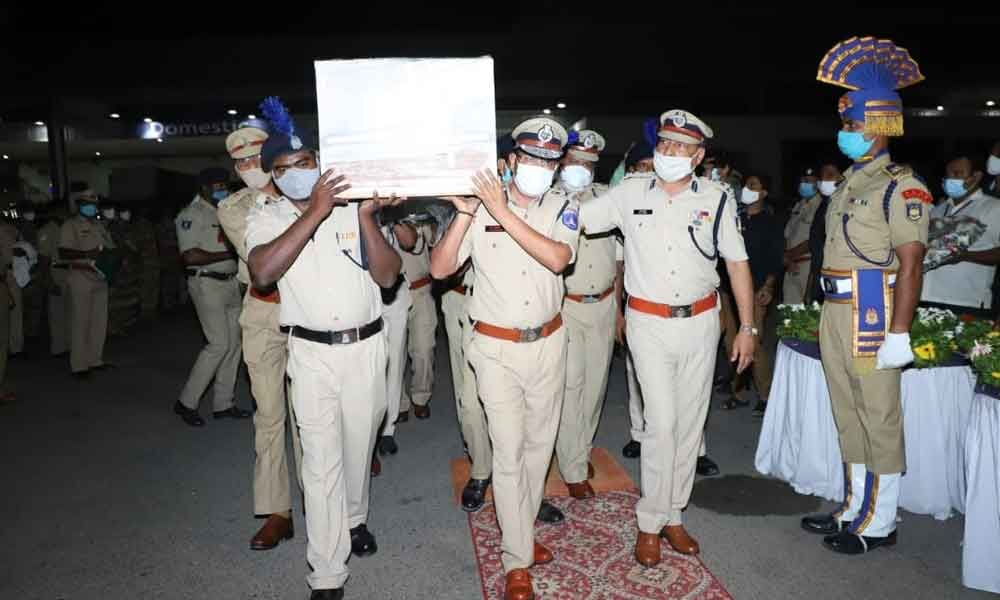 Shamshabad: The mortal remains of Constable Sakhamuri Murali Krishna (210 COBRA Bn (Elite Anti-Naxalite Force of CRPF), who attained martyrdom in a fierce encounter with the Naxals in Bijapur (Chhatissgrah) reached at Hyderabad Airport by Indigo Flight 6E 624, on Monday midnight at 11.40 pm.

"The complete police force of Telangana stands with the family of Shri Murali Krishna," said VC Sajjanar to his family member. All the present police officials offered salutations and observed two minutes of silence for the brave departed soul.

Sajjanar, conveying his condolences to the officer's family, said arrangements were made by the authorities concerned for the family to travel to his native place. The body was transported to his native place Gudipudi village in Guntur district where his final rites would be performed.