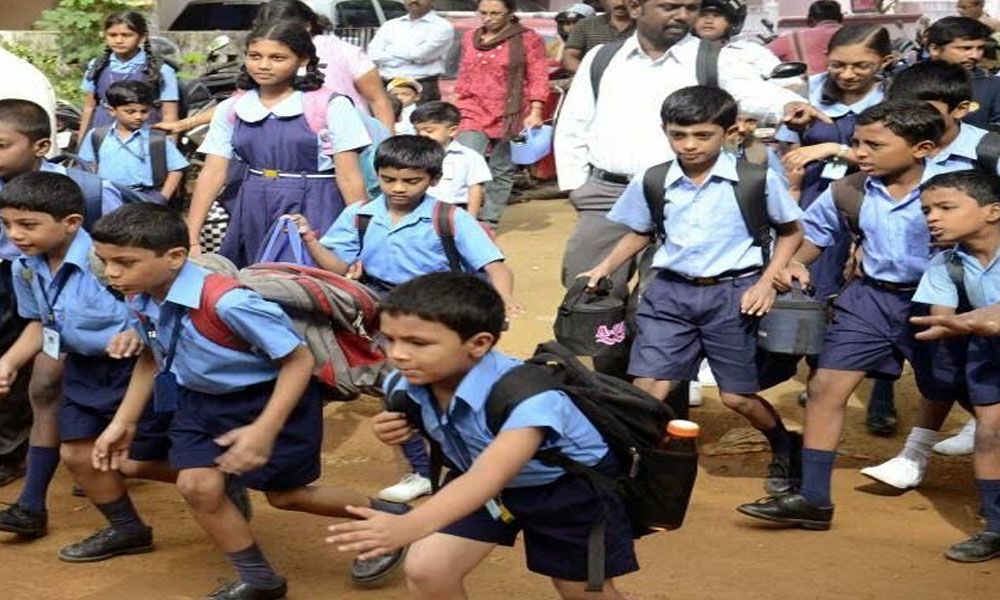 Hyderabad: Poor performance by teachers is blamed for falling standards and skills of students in 1,970 government-run primary schools in the State.Acc...

Out of this, 1,970 are primary schools catering to students from Class 1 to 5.Speaking to The Hans India, a senior official pointed out that the State government is determined to strengthen the infrastructure in schools providing buildings, additional classrooms, furniture, sports arena, drinking water, separate toilets for boys and girls etc, as part of the KG-to-PG programme.

But the feedback coming from the field shows "absenteeism of teachers, a casual attitude in teaching, focussing on activities other than teaching, not staying in their places of posting etc are responsible for poor standards among the students." The department claims that teachers in the government schools are more qualified, besides regular training is provided for them unlike in the private schools.

However, the measures being taken to improve the teachers' performance are not yielding good results. Dwindling number of students enrolling in government-run has been reflecting the poor performance of teachers.

When asked, Telangana State United Teachers' Federation (TSUTF) general secretary Chava Ravi said, lack of monitoring mechanism was one of the reasons for the teachers to take things for granted. Explaining more on this, he said, 503 out of 539 Mandal Education Officer (MEO) posts remained vacant since 2005. Similarly, 50 Deputy Education Officers (DEOs) remained vacant. These are the two posts which monitor the performance of the teachers.

Adding, many of the 19,700 primary schools are located in the villages. The strength of students is too low in terms of student-teacher ratio. Also, several schools are being run by single teachers, handling 18 subjects from Class 1 to 5, he said.

When told that the results remained poor in the schools run with the full teacher strength, he said, "Yes, there are incidents of teachers not staying in their places of postings. That apart, opportunism, careerism, and individualism may be dominating the teachers like any others resulting in the falling standards in their work culture.

Stick to your budget for productive investing

Markets likely to be volatile