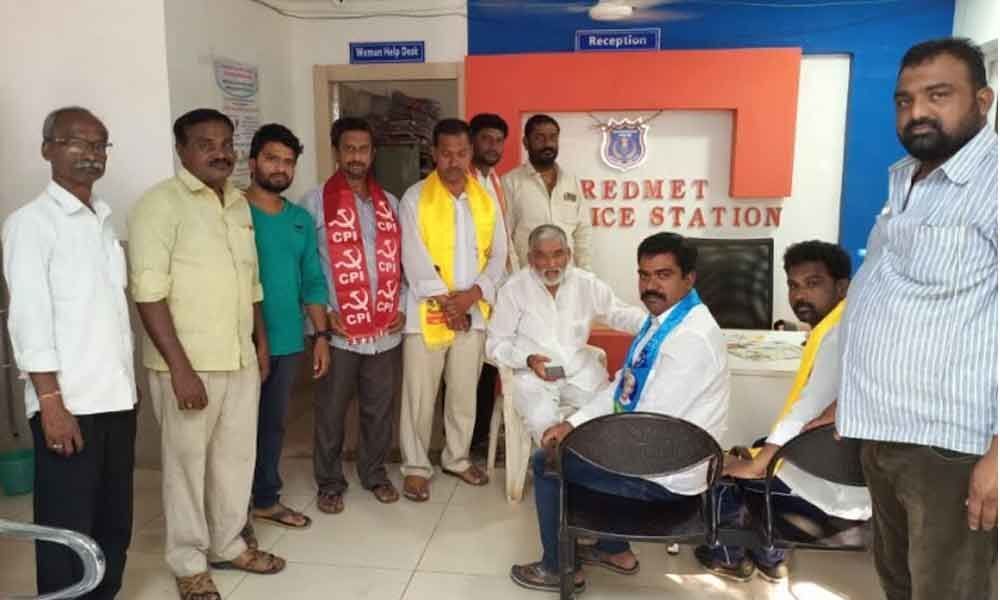 Telangana Jana Samithi alleged a crackdown by police even not allowing party leaders and activists to conduct Formation Day programmes.

According to TJS chief, Prof Kodandaram, hordes of police personnel were stationed at his residence and that of others from night itself.

Police are making attempts to keep TJS key leaders including him under house arrest, he alleged. Bairi Ramesh, a TJS leader and a few others from TDP, CPI were taken into custody and shifted to Neredmet police station.

TJS is taking part in Mahadharna at TSBIE office in Nampally, a call given by all opposition parties faulting government over irregularities in Intermediate exam results.

Police are resorting to these steps to ensure the all party protest does not become a big success, as lakhs of affected students and parents are also rallying behind them.