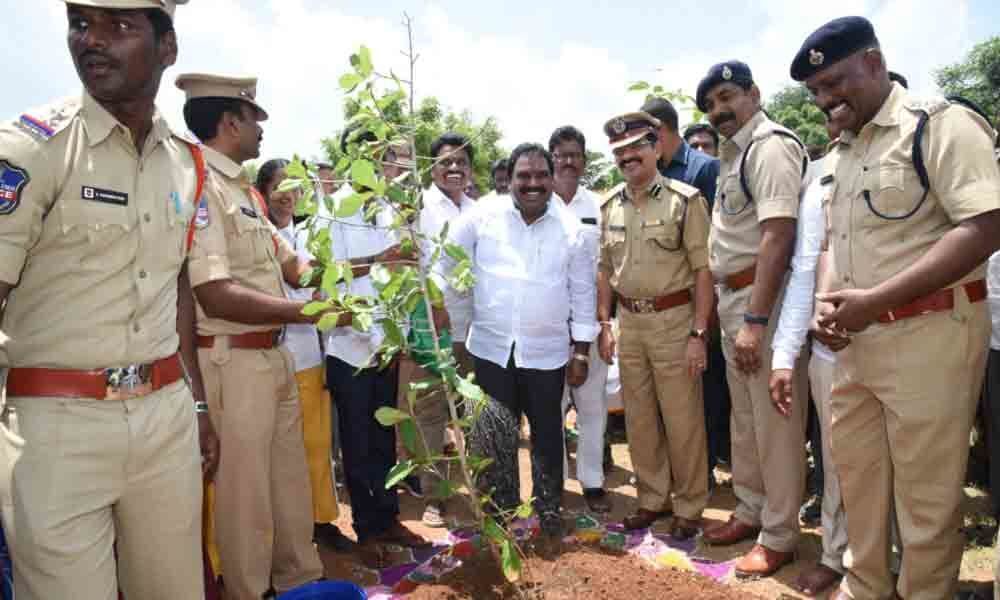 With the deforestation continues to be a major worry globally, it’s high time that people steel themselves to restore the forest cover, Commissioner of Police V Ravinder said.

Warangal: With the deforestation continues to be a major worry globally, it's high time that people steel themselves to restore the forest cover, Commissioner of Police V Ravinder said. Taking part in the Haritha Haram programme at Kakkiralapally village under Inavole mandal on Wednesday, he said that the rate of indiscriminate felling of trees is alarming. The forests that covered 33 percent of area once have now come down to a mere 16 percent. The existence of mankind itself is at peril if the rate of deforestation continues like this, he said.

"Deforestation leads to climate change disrupting the pattern of rains, besides causing global warming," Ravinder said, emphasising the need for conducting massive plantation drives. Since the Telangana government had started Haritha Haram programme, there is an increase in the forest cover by 2 percent, he added.

Wardhannapet MLA Aroori Ramesh said: "There is a lurking danger of facing a situation where people have to purchase fresh air along with drinking water, if the society continues to ignore the dwindling forest cover." Against this backdrop, the onus is on everyone to plant a sapling, he said appreciating the Warangal Police Commissionerate for actively participating in the Haritha Haram.