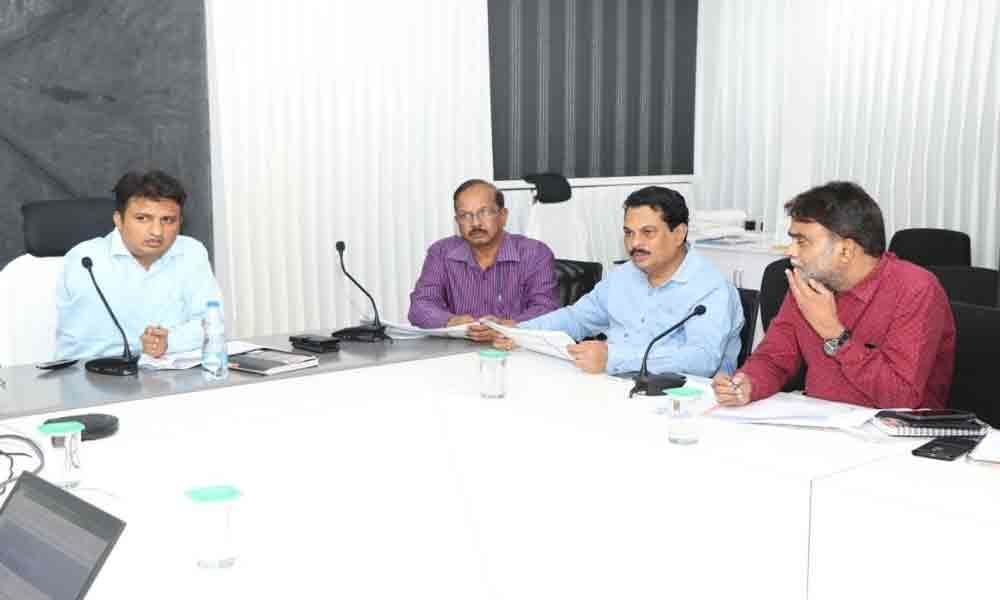 In a significant development, Municipal Corporation of Tirupati (MCT) Commissioner PS Girisha on Thursday requested the State government for...

Tirupati: In a significant development, Municipal Corporation of Tirupati (MCT) Commissioner PS Girisha on Thursday requested the State government for resumption of major works taken up under the Smart City Project (SCP) including the multi-crore Garuda Varadhi, a 6-km long elevated corridor aimed to bring an end to traffic woes of rapidly growing pilgrim city.

Girisha, who made a power point presentation on the works taken up under project before the three-member committee at a meeting held in TUDA office here particularly dwelled at length on the inconvenience the public and pilgrims are facing following the suspension of works of Garuda Varadhi flyover meandering through the busiest areas of the city.

The committee includes P Anand Rao, Chief Engineer, Swachh Andhra Pradesh Corporation; M Srinivasa Rao, Superintendent Engineer, Guntur and Alim Basha, RDMA, Anantapur. The YSRCP government appointed a committee to go into the works that were taken up by the previous TDP government, after stopping all such works Statewide to submit a report before deciding to continue them for completion.

In addition to three lakh local population, over a lakh pilgrim daily arriving from various places to Tirupati for darshan of Lord Venkateswara are also facing difficulties due to traffic snarls following the suspension of Varadhi works.

The other major works taken up by the MCT under SCP include multi-level parking, sewage water treatment, transit garbage dumping points and integrated command and control centre for surveillance for better traffic management and crime control and convention centre, the Commissioner said while pleading before the committee to recommend the government for allowing to resume all the works. Corporation senior officials including Smarty City SE Mohan, municipal engineers Chandramohan and Venkatarami Reddy were present.