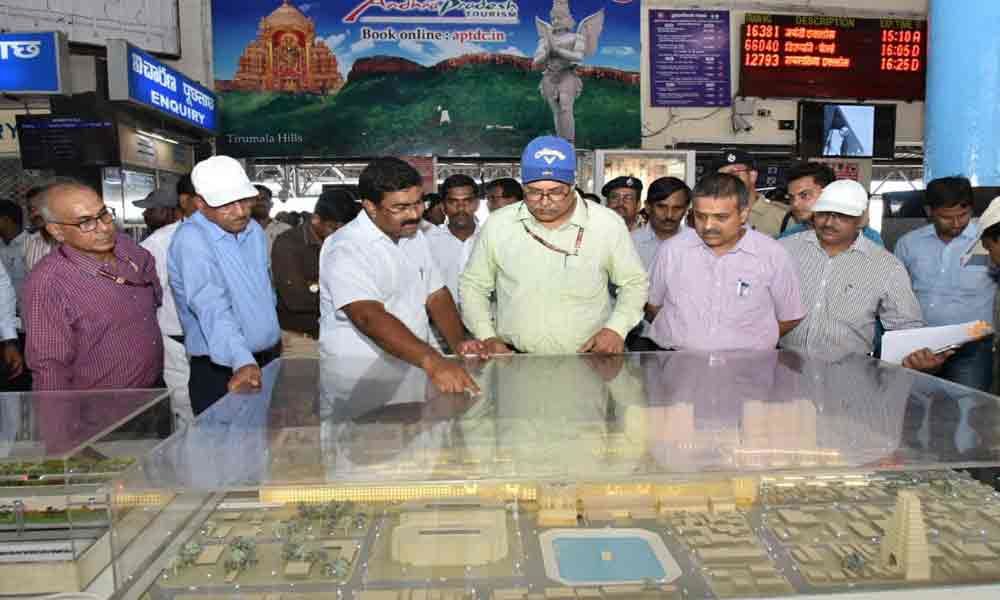 At Tiruchanur railway station, he inspected the progress of works for construction of new station building and asked the authorities to complete the works within six months. He reviewed the developmental plans and ongoing works at the station.Later, he paid a visit to Carriage Repair Shop at Renigunta and inaugurated various developmental initiatives besides planting saplings on the premises.

The GM also inspected safety equipment available at workshop and interacted with employees. At Tirupati West railway station, he inspected entire premises and reviewed ongoing works with DRM and other officials on the station development plans.

Mallya made an extensive inspection of Tirupati railway station from the main entrance to the South side entrance where huge development works are planned. The GM discussed with the officials on the feasibility of developing Renigunta railway station.