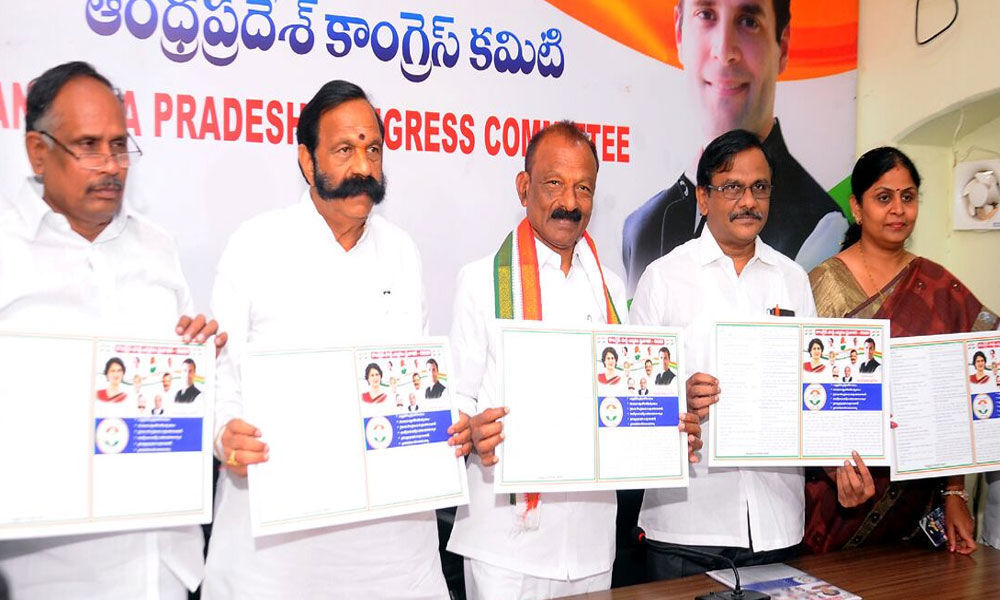 Vijayawada: Andhra Pradesh Congress Committee president N Raghuveera Reddy released the party manifesto here on Friday. The issues like Special Status and reservations in private sector are main subjects highlighted in the manifesto. He said that the special status would be implemented on the first day after the party formed the government at the centre.

The Minimum Support Price would be provided to farmers, he said and added that the Prices Stabilisation Fund would be established with Rs 5,000 crore to regulate fluctuations in agri products. He also said that the Congress would revert to Old Pension System again by scrapping the Contributory Pension Scheme. He said that the petrol and diesel products would be brought under the Goods Service Tax (GST).

The Congress also would give two-wheeler vehicles to graduate students at subsidised price, he said and added that the health insurance also would be provided to all. Congress leaders Kanumuri Bapiraju, Sunkara Padmashree, Kolanukonda Sivaji and others were present.