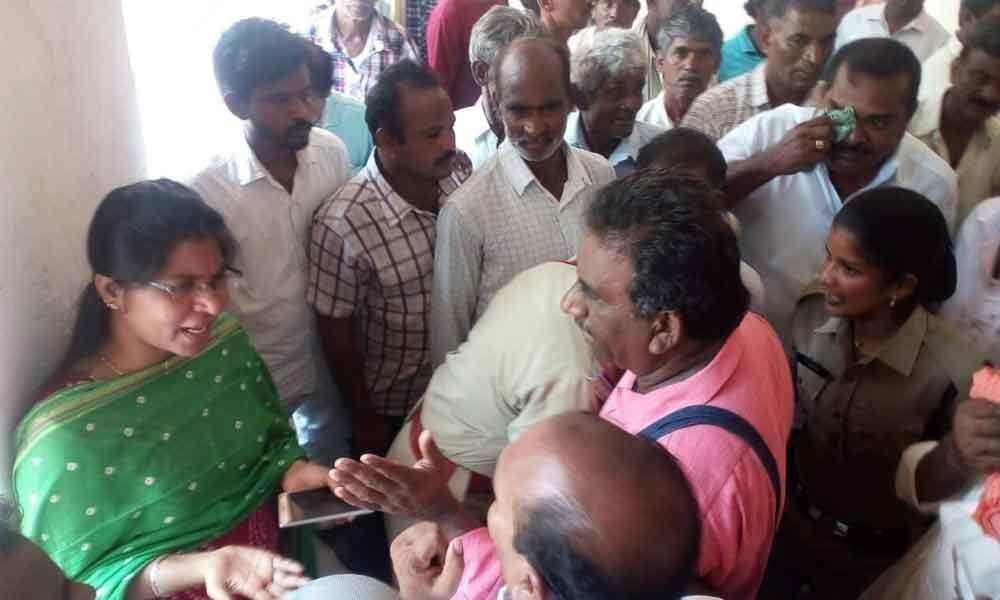 Vizianagaram: Farmers who sold paddy to civil supplies department gheraoed the district manager of civil supplied department demanding clearance of dues at the collectorate on Monday.

They said they had been waiting for the payment for the last six months and now they need money for kharif operations.

Farmers of Bobbili, Seethanagaram, Balijipeta, Jami and Gantyada arrived at the collectorate in the morning besieged district manager of AP Civil Supplies Corporation G Sharmila, seeking a clear assurance from her.

They alleged that their paddy bags were held up with rice mills and had not been paid money so far.

B Rambabu, district president of AP Rythu Sangham, alleged that the bills for 70,000 metric tonne paddy had been pending and around 20,000 farmers were waiting for the money.

"The farmers are about to start their 2019 kharif operations but the previous bills of the paddy harvested in 2018 kharif have not yet been paid so far.

The farmers are struggling to meet agriculture expenses for the ensuing season. We have urged the collector and the authorities concerned but to no avail.

Again the farmers are forced to consult private money lenders for investment. Each tonne of paddy is sold at Rs 17,500," he said.